Norway Disposing of at Least 44 Aircraft

Work will be conducted in Kjeller, near Oslo, and will ensure that F-16 competences are maintained in Norway, with the aircraft being returned to operational status and maintained, so they are again ready for service. KAMS has been maintaining, repairing and upgrading Norway’s F-16 fleet for 40 years.

“This contract extension […] illustrates the importance of the strategic collaboration we’ve established with the Norwegian armed forces for the maintenance of [aircraft], engines and associated systems and components,” commented Atle Wøllo, President of KAMS.

NDMA has a contract with Draken International for the sale of up to 12 former Norwegian F-16s, and is in the process of completing the sale of another 32 aircraft to Romania. Pending official approval from Norwegian and American authorities, the first aircraft are expected to be delivered to Draken this year and Romania during 2023.

“Our fighter [aircraft] are among the best maintained in the world, and central to this work has been the ongoing maintenance and upgrades that KAMS [delivers]. I’m therefore confident that our [aircraft] will serve Draken and Romania well for a number of years to come. Moreover, this contract also helps to maintain Norway’s industrial expertise in fighter aircraft maintenance,” stated Magnus Hansvold, Director for Material Disposal at NDMA. 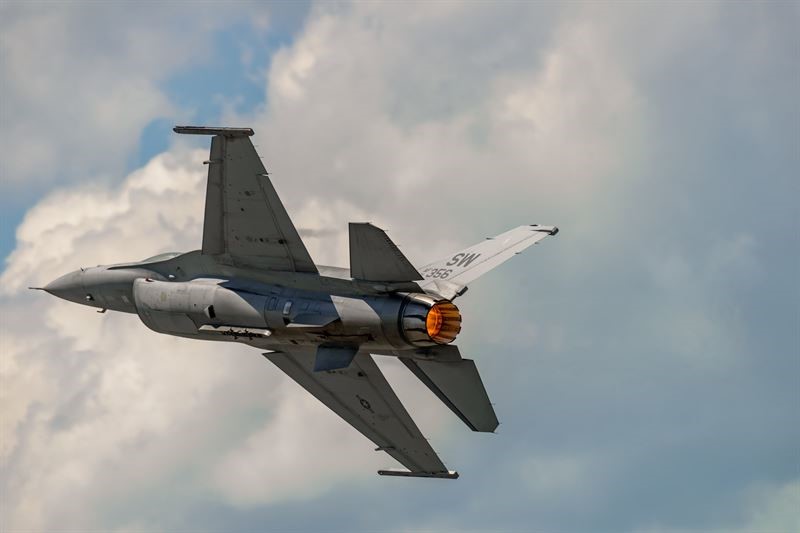 Norway is disposing of a number of F-16 combat aircraft. (Kongsberg)