Taiwan’s CSBC Corporation has held a keel-laying ceremony for the first of a planned fleet of up to eight locally-designed and developed SSKs for the Republic of China Navy (RoCN), amid efforts by Taipei to bolster the nation’s asymmetric warfare capabilities.

The partially state-owned shipbuilder conducted a low-key event on 16 November in Kaohsiung, to help maintain a degree of secrecy regarding the island’s Indigenous Defence Submarine (IDS) programme. Commander Admiral Liu Chih-pin, who presided over the ceremony, was quoted by national media as emphasising “safety and confidentiality” as two key aspects to enable construction to proceed on schedule. As a result, no images were released.

Taiwan officially marked the beginning of submarine construction in a ceremony held on 24 November 2020 at a purpose-built facility in Kaohsiung, with President Tsai Ing-wen describing the project at the time as a “milestone” for Taiwan’s defence industry, arguing that it also demonstrated the island’s “strong will” to protect its sovereignty.

The first boat under the IDS programme is slated for completion in 2024, with sea trials and commissioning scheduled for 2025, according to the shipbuilder, which secured a design and build contract – in conjunction with development partner, the National Chung-Shan Institute of Science and Technology – in 2017.

Local media have reported the submarine will have an overall length of 70m, a beam of 8m, and will displace about 2,500t when submerged.

The report came after US State Department approval in May 2020 for a potential Foreign Military Sale to Taiwan of up to 18 MK48 Mod 6 torpedoes – along with and related equipment and training – for an estimated $180 million (€159 million).

Taiwan has long acknowledged that significant foreign expertise has been required for its indigenous submarine programme. The decision to invest in a fleet of indigenous submarines is part of efforts to enhance the island’s defence capabilities amid rising tensions with mainland China – which, in recent months, has expanded the volume and intensity of naval and aerial exercises near Taiwan as part of what Beijing claims are efforts to “deter Taiwanese secessionists”.

Given the threat of a naval blockade – or an even invasion – by mainland China, Taiwan is determined to expand its anti-submarine and sub-surface warfare capabilities, as well as to further develop local defence industry. 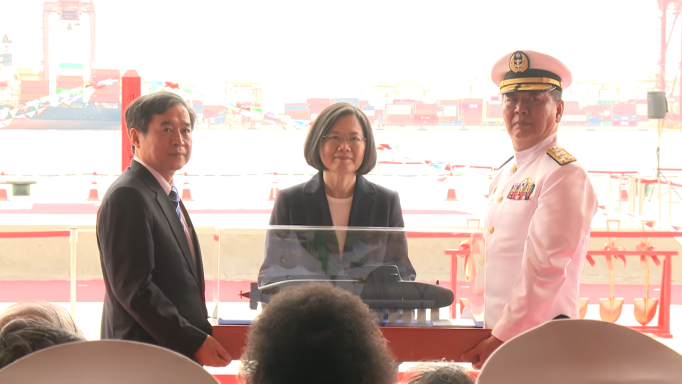