The services will include the first SATCOM-enabled UAS for beyond-line-of-sight (BLOS) operations. The task order, with a 12-month performance period and multiple follow-on option years, was awarded under the Mid-Endurance Unmanned Aircraft Systems (MEUAS) IV programme.

“The JUMP 20 delivers an unmatched level of versatility, with runway and infrastructure independence, multiple payload configurations, class-leading endurance and a track record of reliability and ruggedness,” commented Gorik Hossepian, AeroVironment VP and Product Line General Manager for Medium UAS. “The inclusion of a SATCOM payload adds beyond line of sight operation to the JUMP 20, providing our customer with expanded reach and situational awareness, and representing another game-changing, market-leading capability.”

The JUMP 20 is the first fixed-wing VTOL UAS to be deployed extensively in support of US military forces. Ideal for multi-mission operations, JUMP 20 delivers 14+ hours of endurance, a standard operational range of 185km and is runway-independent. It can be set up and operational in less than 60 minutes, with no need for launch or recovery equipment, and has a useable payload capacity of up to 30 pounds. The JUMP 20 also features a common autopilot and ground control system architecture, providing a highly customisable, modular platform, which can be custom-configured to meet operational or customer requirements. 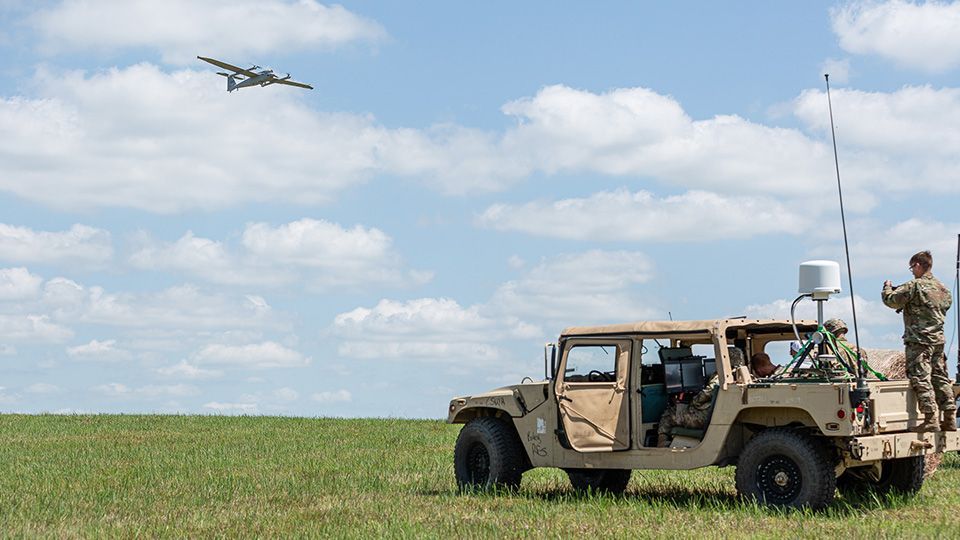