Minimal Damage and No Casualties

A Japan Maritime Self-Defense Force (JMSDF) submarine has collided with a fishing boat off the coast of Kobe City in Hyogo Prefecture.

A Japan Coast Guard (JCG) spokesperson told MON on 17 March that the incident – involving first-of-class JS Oyashio – took place at 06.20 local on 10 March, about 1.1 km south-southeast of Cape Wada, at the southernmost tip of the prefecture in Osaka Bay. Neither vessel suffered significant damage and there were no reported injuries.

MON understands the collision occurred while the 2,750t, 82m submarine was surfaced, waiting to enter the Port of Kobe. Oyashio, commissioned as a diesel-electric attack submarine (SSK) in March 1998, has been operated as a training submarine since 2015.

The waterway near Hyogo Canal is one of Japan’s busiest ocean routes. The country’s two largest shipbuilders – Mitsubishi Heavy Industries (MHI) and Kawasaki Heavy Industries (KHI) – have key facilities in the area, where they also build submarines for the JMSDF.

The JCG said it has launched an investigation into the incident, which is not the first time a JMSDF boat has collided with a commercial vessel. A similar incident with JS Soryu took place last February off Kochi Prefecture, in which three submariners were injured, and the conning tower was damaged.

Kosuke Takahashi in Tokyo for MON 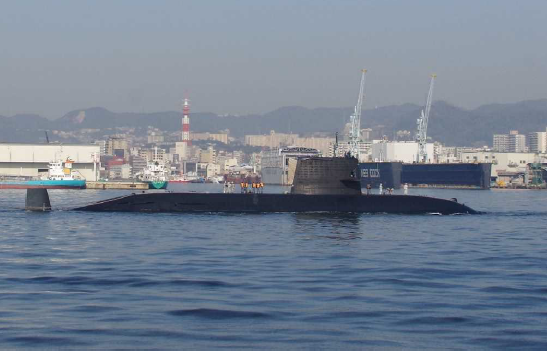