Second Space Operations Squadron to be Established Later This Year

The Japan Self-Defense Force (JSDF) has launched both a new Space Operations Group and a cyber defence unit to enhance national capabilities in these warfare domains.

Established on 18 March at Fuchu base in Tokyo, the Space Operations Group will oversee all JSDF mission activities in the space domain. Currently consisting of some 70 personnel, the unit will focus on space situational awareness (SSA), activities aimed at keeping track of space debris and other countries’ satellites. It will also conduct personnel training and system planning in collaboration with the Japan Aerospace Exploration Agency (JAXA) and US Space Command.

Eventually intended to field 120 personnel, the group in charge of the JASDF’s first Space Operations Squadron, launched in May 2020 at Fuchu and currently some 20 strong. A second such squadron is intended to be stood up at Hofu Kita base during FY2022, which starts in April.

Launch of the new space group came just a day after that of a newly re-organised cyber defence unit to counter increasingly sophisticated attacks. About 540 strong, the unit combines cyber entities dispersed among the individual armed forces, and is intended to centralise cyber countermeasures.

According to the MoD, the new unit means that the number of personnel working on cyber-related activities within the JSDF will be 800 by the end of March. Japan aims to rapidly expand its cyber and space defence capabilities, particularly to counter military developments in China and North Korea.

Kosuke Takahashi in Tokyo for MON 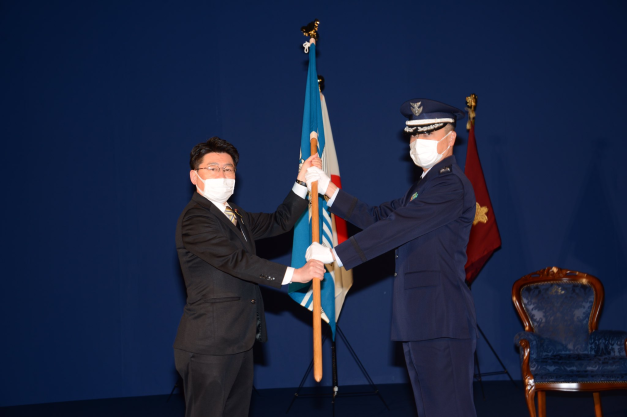 Japan has formally created a Space Operations Group, responsible for all JSDF mission activities in the space domain. (via author)