Japan and Australia have signed a pact that will strengthen bilateral defence and security co-operation by allowing their military forces to train in each other’s territories, amid concerns over growing Chinese assertiveness in the Indo-Pacific region.

The Reciprocal Access Agreement (RAA), signed by Prime Ministers Fumio Kishida and Scott Morrison on 6 January, establishes procedures for the Australian Defence Force (ADF) and the Japan Self-Defense Forces (JSDF) that “facilitate co-operative activities such as joint exercises and disaster relief operations, including those of greater scale and complexity, while improving the interoperability and capability of the two countries’ forces,” the Australian government stated.

During a press briefing, Morrison noted that the signing of the RAA, which he said will “usher in a new chapter” in the bilateral defence co-operation to deal with “a new and even more challenging environment, particularly within the Indo-Pacific,” also means that the ADF and JSDF “can act and operate together seamlessly […] We can be in each other’s countries, we can be training in each other’s countries, we can be on each other’s platforms. We can be completely interoperable between what we can do and how we deploy together. And I don’t just mean in hostile circumstances. I mean, also in the Indo-Pacific, you know, for humanitarian purposes where Japan is very active, as is Australia,” noted the Australian leader.

The two countries, which have elevated their relationship to a ‘Special Strategic Partnership’, had agreed ‘in principle’ to the RAA in November 2021, following six years of negotiations. The agreement is Japan’s first defence pact covering foreign military presence in its territory since the 1960 Status of Forces Agreement with the United States.

In the meantime, Morrison and Kishida announced on 6 January that they will promote co-operation between the Japan Coast Guard and Australia’s Department of Home Affairs, to facilitate information-sharing and co-operation on maritime domain awareness. The two leaders also committed to “significantly elevating” co-operation on cyber and critical technology, including promoting R&D of critical technologies such as artificial intelligence and quantum computing, as well as the application of international law and agreed norms in cyberspace.

They further underlined the need to strengthen co-operation on resource security, including by developing “resilient critical minerals supply chains”, and stated that they look forward to issuing a new ‘Joint Declaration on Security Cooperation’ – replacing the one signed in 2007 – to serve as a compass for the two countries’ engagement for years to come.

The two sides also welcomed what they described as “the strong and enduring contribution of the United States to stability and prosperity in the Indo-Pacific” and reaffirmed the importance of reinforcing their alliances with Washington as well as promoting trilateral co-operation, including on enhancing interoperability and promoting “quality infrastructure”.

Morrison and Kishida also reiterated their “strong objection to China’s unlawful maritime claims and activities that are inconsistent” with the UN Convention on the Law of the Sea (UNCLOS), noting that they “strongly oppose any unilateral attempts to change the status quo by force”. Similar concerns were expressed in relation to territorial disputes with China in the East China Sea.

Canberra and Tokyo encouraged the peaceful resolution of cross-Strait issues between Taipei and Beijing, and said they share “serious concerns about reported human rights abuses against Uyghur and other Muslim minorities in Xinjiang,” as well as over the “erosion of democratic elements of the Hong Kong Special Administrative Region’s electoral system”.

Meanwhile, Morrison said the RAA with Japan complements other regional defence and security partnerships Australia is currently involved in, including those with members of the Association of Southeast Asian Nations, India, South Korea, and the AUKUS partnership between Canberra, London, and Washington. 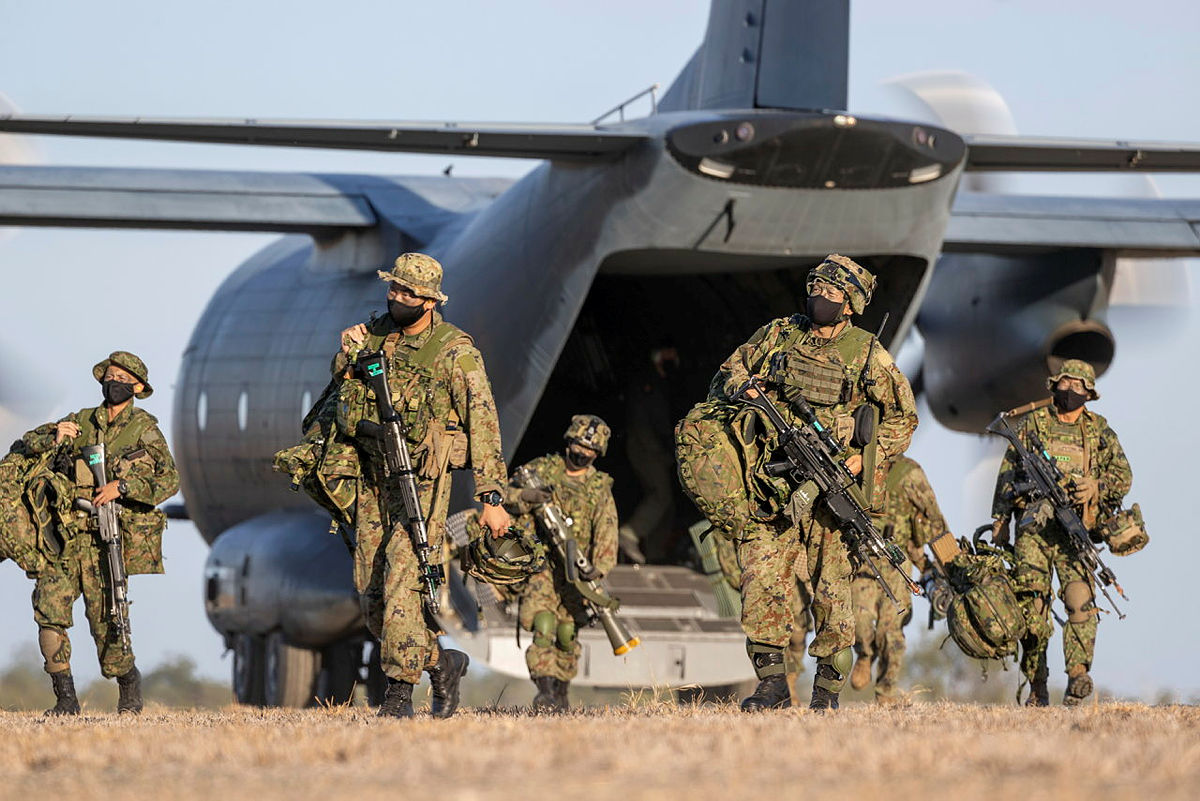