iXblue and Ocean STL Collaborate for US Market

iXblue Defense Systems announced on 3 August it is to collaborate with Rear Adm Timothy Gallaudet’s Ocean STL Consulting to expand the company’s growing US presence in maritime autonomy, navigation and positioning for both defence and civil sectors.

“Tim is a great addition to our teams. He brings a nationally recognized reputation and record of success at the highest levels of government, academia, and the private sector[…] His comprehensive technical knowledge of oceanography and navigation, as well as extensive experience in the field in the US Navy and with NOAA, will be of great value to iXblue,” commented Marine Slingue, VP at iXblue, Inc.

Before joining NOAA, he served for 32 years in the US Navy, completing his service in 2017 as the Oceanographer of the Navy. His lifelong commitment to education, science, service, and stewardship has brought him a wealth and knowledge and a stellar reputation. He holds a bachelor’s degree from the US Naval Academy and master’s and doctoral degrees from Scripps Institution of Oceanography, all in oceanography.

“Tim Gallaudet has been at the forefront leading the efforts to advance science and technology strategies for Artificial Intelligence and Unmanned Systems,” stated Ted Curley, President and General Manager at iXblue Defense Systems. “His knowledge of the maritime industry and his familiarity with iXblue makes him a perfect partner in our goal to strengthen and grow our presence in the US defense market.” 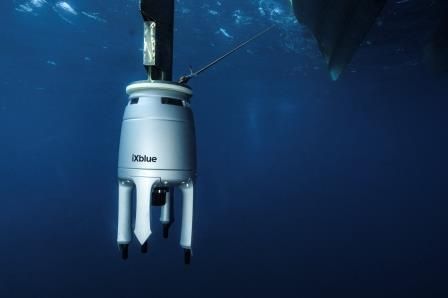