The Army began the acquisition process for a new APC in 2006, which Iveco won wit the GUARANI design. In 2013, the company opened its first non-European manufacturing facility, at Sete Lagoas, which delivered the first 86 vehicles the following year. Seven years later, the factory has delivered 500 vehicles to the Exército Brasileiro. At the same time, 31 LMV-BR 4×4 vehicles were delivered, albeit symbolically, completing the contract for 32 – the vehicle is known as the Viatura Blindada Multitarefa, Leve de Rodas (VBMTLR 4×4) in Brazilian service.

With an estimated duration of 20 years, the GUARANI project envisions a total of 1,500 units: several dozen have already been exported to other countries. Although the units were all manufactured in Italy, the integration of weapons, command posts and control systems, as well as the assembly of several national components, was conducted out at the company’s plant in Sete Lagoas. 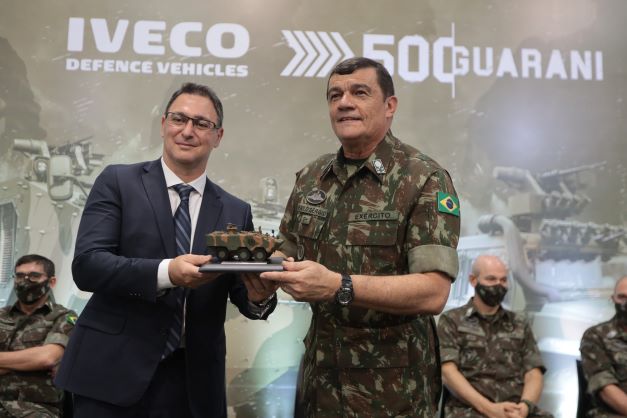