In service since 2020, the Italian Army’s two Leonardo AW169 basic training helicopters (designated UH-169B) have recently accrued 1,000 flight hours and is paving the way for the service’s introduction of the Light Utility Helicopter (LUH), developed from the AW169 baseline, the company announced on 22 December.

The LUH will progressively replace A109, AB 206, AB205, AB212 and AB412 rotorcraft in Italian Army service: the training helicopters allow aircrew to familiarise themselves with the platform’s basic characteristics, as well as setting the scene for a more efficient supply chain through the ‘single platform’ approach.

Specifically developed for the Italian Army, the LUH leverages the AW169 military platform baseline and provides the advantages of unique logistical, operational and technical, certification and training commonalities and synergies across the growing AW169 fleets of government operators in Italy. This enhances the conduct of effective, safe joint operations with other users of the type, and represents a quantum leap in homeland security, emergency response capability and overall through-lifecycle cost-effectiveness for decades to come. The overall AW169 LUH programme is based on an advanced multirole configuration, provided with dedicated flight/mission equipment, including skid landing gear, Leonardo’s Multi Aperture InfraRed (MAIR) threat warning system and an advanced C4 system, empowering full interoperability with other NATO assets. The Italian Army will initially receive 15 LUHs, starting in 2023.

In a statement announcing achievement of the milestone, Leonardo quotes the Italian Army as saying that the 2nd Army Aviation Regiment ‘Sirio’ (operator of the UH-169B since July 2020) “[…] is the Italian Army flight unit designated to study and verify in flight the basic version of the aircraft, in order to settle modifications aimed [at] its reconfiguration into the LUH military version.” 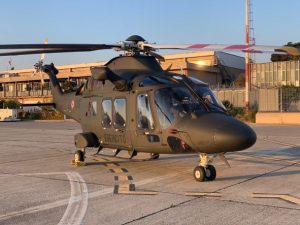 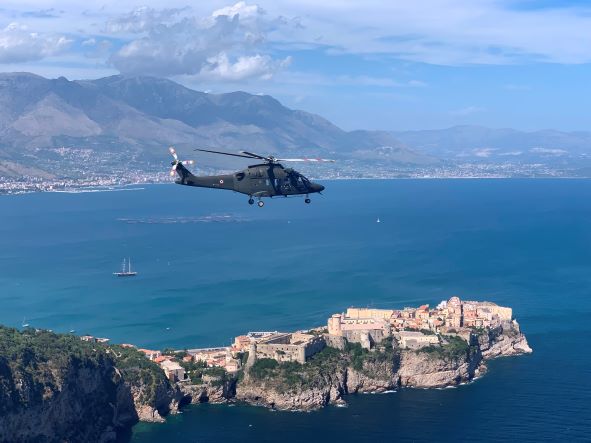