Grounded ever since Israel Aerospace Industries (IAI) completed conversion of the aircraft last year, Israel’s ‘Air Force One,’ also known as the ‘Wings of Zion,’ continues to be a political football, with Foreign Minister Yair Lapid openly calling for sale of what is increasingly regarded as an expensive white elephant.

The installation of what are described as “special systems,” including the Elbit Systems MUSIC directed infrared counter-measures (DIRCM) self-protection system, has raised the price of the project to date to over $280 million (€239 million). The original budget was just $100 million – for airframe procurement and conversion: hence the controversy. Demands for additional capabilities from a variety of bodies, made after conversion began, are blamed for the huge increase in costs. A classic example of ‘mission creep.’

It now appears likely the aircraft will not be used for its intended task and that, in fact, the Israeli Prime Minister, President  and senior ministers will continue to use leased El Al aircraft.

If the aircraft is to be sold, all “special systems” will have to be removed. The dedicated team of pilots and aircrew assembled by the Israeli Air Force to manage the aircraft’s operations has already been dispersed. 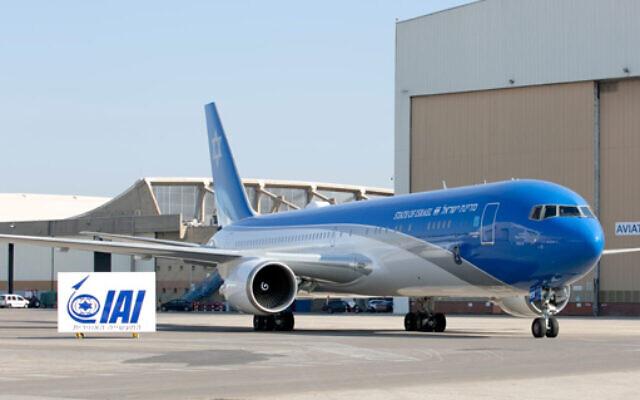 It seems as though the ‘Wings of Zion’ is to have its wings clipped. (Photo via author)