The last two vessels – INS ATZMAUT and NITZACHON – were handed over to the service by thyssenkrupp Marine Systems on 27 July, the first already in Israel, the second en route. This gave the Navy the impetus required to formalize the systems to feature on the class of four warships. Air defence will be provided by both BARAK 8 and C-DOME systems, with their respective use defined by the threat, according to the Navy. The primary role of the new vessels is asset protection in the Mediterranean – particularly Israeli gas and oil rigs.

The Israeli Aerospace Industries (IAI) BARAK 8, the company claims, provides ultimate protection against a variety of aerial platforms and munitions, including aircraft, UAS and sea-skimming missiles. It is based on a sophisticated missile (developed in collaboration with Rafael), state-of-the-art phased array multi-mission radar, two-way data link, and flexible C2 system.

Rafael’s C-DOME is based on the company’s successful IRON DOME systems and was designed to protect combat vessels effectively against a wide range modern threats. Its very short reaction time enables it to cope with saturation attacks through simultaneous automatic and semi-automatic engagement of multiple targets, according to the company. The vertically-launched canistered interceptors are launched from a multi-round launcher installed below deck. The system makes use of the vessel’s own surveillance radar, obviating the need for a dedicated sensor, and C2 functionality is seamlessly integrated with the combat management system. Rafael emphasizes the fact that C-DOME uses the IRON DOME interceptor, which has already achieved over 1,500 successful intercepts.

Around two years from now , the Israeli Navy will receive, via the US Excess Defense Articles programme, a number of SEAHAWK SH-60F helicopters for deployment on missile-armed vessels – primarily the SA’AR 6. Their sensor fit has already been defined: in addition to a maritime radar, a series of classified sensors will also be installed.

In addition, sources have indicated to MON that evaluation is under way of an Israeli-developed UAS onboard the SA’AR 6 in a development that has accelerated since IAI’s recent acquisition of a 50% stake in UAS manufacturer Blue Bird. Two hybrid VTOL UAS – WANDER-B and THUNDER-B – are under evaluation, offering the advantages of a fixed-wing system combined with the benefits of a multi-copter. 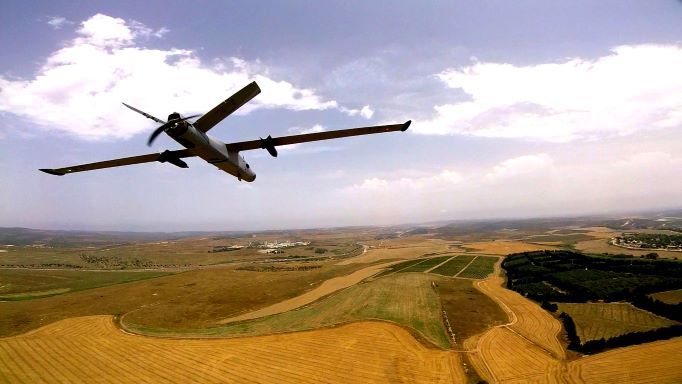