MONS sat down with Dieter Lutzmayr, director of technology and concept development at Charisma Tec, to discuss the introduction of their technology, Doculus Lumus, in the military market: “Doculus Lumus has been on the market for two years, and we have sold large numbers of units to police and border guards around Europe as well as outside, such as Australia; now we are seeking to enter the military market.“

Doculus Lumus is a handheld device that allows police, border guards and military (when relevant) to quickly check the authenticity of identification documents, such as passports, drivers licenses and identity cards. It provides 22x magnification with high quality gass lenses, four incident light LEDs, four UV LEDs, eight LEDs for rotating oblique light and Near Field Communication (NFC) reader for ePassport check. “This device can also be used to check bank notes and therefore can be used by banks and shop owners alike,” continues Mr Lutzmayr.

While the company has sold widely to police and border forces, Mr Lutzmayr told MONS that CharismaTec is now trying to enter the military market. “We have realised that in some countries ID checks are carried out by military forces, such as here in Israel, so ISDEF is a great opportunity for us to introduce our product in the defence and security market,” Mr Lutzmayr concludes. 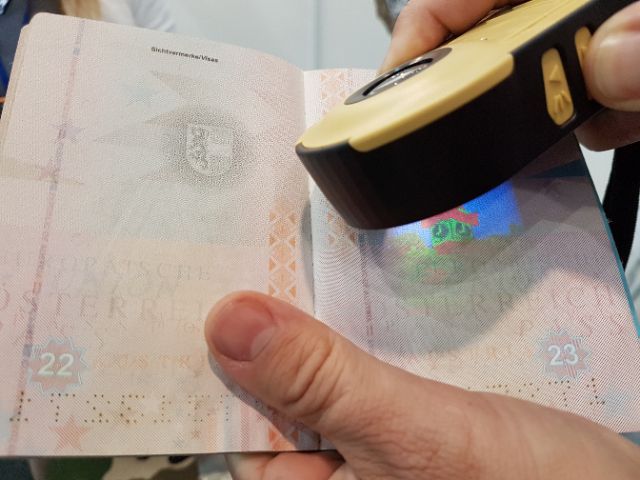