Iran’s Efforts to Build Missile Components in Syria Being Hampered

Iran is now trying to build production facilities in Syria for military components, as a direct result of hundreds of air strikes conducted by the Israeli Air Force (IAF) on shipments of such components, all of which are intended to improve the accuracy of some of the 140,000 Iranian-manufactured rockets in the hands of Hezbollah in Lebanon.

Syrian news agency Zeitoun has alleged that unidentified aircraft have conducted strikes against Iranian sites in Al-Raqqa province – sites used in the manufacture of explosive devices. Late September reports indicate that Iranian militia had taken over a number of commercial and industrial premises in the town of Madan, in order to establish a military compound. The apparent plan is to bring in Iranian Revolutionary Guard Corps (IRGC) experts, specialized in setting up small factories to produce munitions components, with the intent to establish a self-sufficient military arsenal without exposure to air attack. Inevitably, however, such production sites are now at risk.

Air strikes in Syria in late September – alleged by regional media to have been conducted by the “US-led coalition,” caused significant damage to Iranian militia sites near Al-Bukmal, close to the Syrian-Iraqi border, and at least two missiles are reported to have been fired into the nearby Al-Qatif area, with militia having returned fire, though whether at a UAS or a manned aircraft is unclear.

Dr Mordechai Kedar, a prominent commentator on middle eastern issues, told MON that Syria is becoming an “Iranian neighborhood,” which has severe implication for Israel “They are now flooding the southern part of Syria, near to the border with Israel, and that is something that Israel cannot accept.”

Iran and Syria have agreed to expand military and technological collaboration.  was signed recently between Iran and Syria. Gen Ali Ayoub, Syria’s Minister of Defence and Mohammad Bagheri, Chief of Staff of Iran’s Armed Forces, signed the agreement in Damascus recently. On the Syrian side it was signed by the Minister of Defense, General Ali Ayoub. President Assad states the agreement reflects the strong, multi-dimensional strategic ties between the countries and the shared experience they have acquired in the war on terror. Udi Dekel, a senior researcher in Israel’s Institute for National Security Studies, observes that “[…] as with previous pacts, this agreement seeks to strengthen military and security collaboration, enhance coordination vis-à-vis shared challenges and threats, and strengthen defense capabilities.” 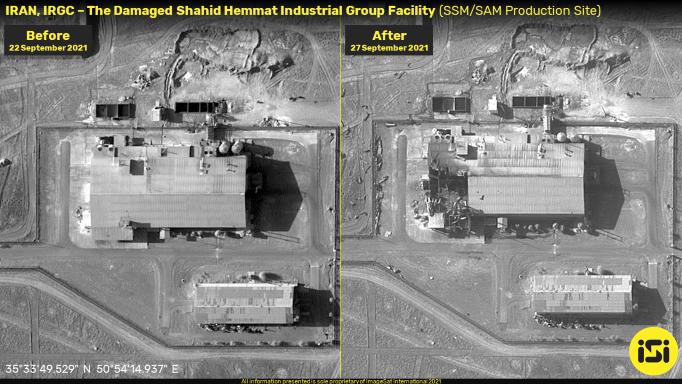