The research and studies from Invisio’s independent tests are impressive as are the silent testimonials from a growing list of police and military customers worldwide. However, this is the first time MONCh Gear Box had a chance to test one of the best-known rigs from Invisio, the V50 control unit and the X5 headset.

The Challenge: Block out excessive noise but hear important instructions and advice during live- fire pistol and rifle exercises.

The Setting: The live-fire sessions held under different environmental conditions and settings that affect the way sound travels. These were part of two companies’ – CZ and Laugo Arms’ – pre-launch briefings for new products.

The Kit: INVISIO V50 control unit – ideal for soldiers and their commanders who require an internal power supply and two communication devices- e.g. a team radio and a combat net radio or have the ability to jack-into a vehicle intercom system. Lightweight and small, the control unit offers state of the art situational awareness and is fully compatible with other Invisio systems. We discovered this unit is very robust having dropped it down a concrete staircase and accidentally stepped on it in a carpark during the course of the trial.

The INVISIO X5 headset – exclusive for use with Invisio’s range of advanced control units and is fundamental to the INVISIO hearing protection system. As a dual-sided, in-ear hearing protection headset it also has cutting edge external microphones for natural sounding “hear-through” with no discernible latency.

In 2010, the UK Ministry of Defence (MOD) made it a priority to offer better protection to its armed forces against hearing damage and loss. A team from Soldier, Training & Special Programmes (STSP) within the DE&S Land Equipment domain procured three Tactical Hearing Protection Systems (THPS – the INVSIO S10 and X5) – the Basic User (BU), the Specialist User (SU) and the Dismounted Close Combat User (DCCU). It was first introduced in 2015 and has since been deployed to about 30,000 soldiers in the British Army, Army Reserve, Royal Navy and RAF with positive results.

In response to the prevalence and rising costs of military hearing loss and auditory injuries, the US Army also invested in Invisio’s systems within the framework of its Tactical Communications and Protective System (TCAPS) modernisation programme in 2013 and chose the INVSIO X50 and X5.

The Result: The hearing protection was efficient during the weapons firings, whether it was during single shots, short bursts, or rapid fire of a variety of powerful ammunition close-by. It was possible to very clearly hear what participants and group leaders were saying while shots were fired under a variety of conditions.

Ergonomic and convenient, the external mike made it possible to hear every spoken word clearly. Moreover, the system’s compact size made it comfortable, easy to manage physically. Wearing these for the duration made this rig the envy of other participants on the ranges who wore the “big coconut shells” over their ears for protection. The operational and physical benefits of the INVISIO V50 and X5 combo were clearly preferred after others had a chance to try the INVISIO alternative.
For more detailed information about these and other products from Invisio, please click here and here. 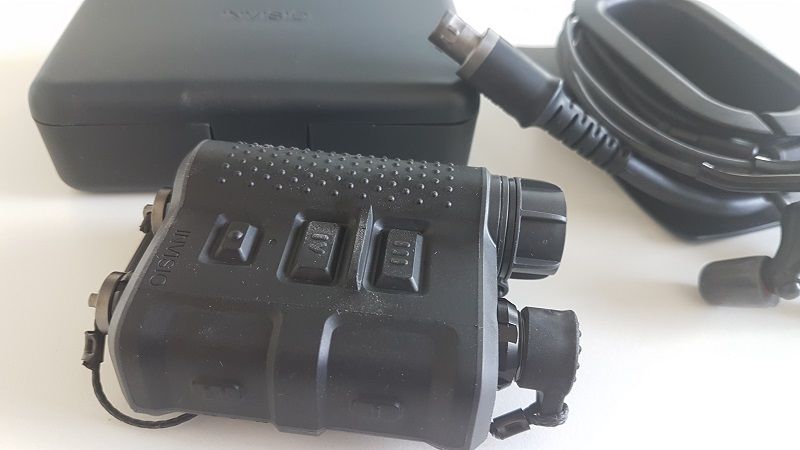