A$307 Million for Acquisition and Initial Support Period

Boeing’s Insitu Pacific has been selected by the DoD in Canberra to supply 24 Integrator UAS to meet an Australian Army requirement under Land 129 Phase 3 – the Tactical UAS Replacement and Enhancement Project.

The company said in an 11 March statement it has secured a contract for the delivery and initial support of the ISR-capable platforms, as well as associated ground systems and integration services. According to the DoD, production has already commenced, with delivery to army units expected until 2024.

Minister for Defence Peter Dutton said the 2.5m-long Integrator will provide the army with enhanced abilities to gather intelligence, undertake reconnaissance and surveillance missions, and acquire targets for weapons systems across the Australian Defence Force. He pointed out the platforms, intended to replace the army’s Shadow 200 tactical UAS, will be manufactured at the company’s facility in Brisbane, using components provided by suppliers from across Australia.

Canberra will invest A$56 million ($41 million) in facilities at Gallipoli Barracks in Enoggera to support this capability. In addition, an undisclosed number of the army’s 4×4 Bushmaster protected mobility vehicles will be upgraded over the next decade. “In total, this project will commit 80% of its A$650 million budget to be spent in Australia, using Australian companies and technology to manufacture, maintain and operate the platform throughout its life,” said Dutton, adding the acquisition and initial contract period is valued at A$307 million.

Insitu Pacific Managing Director, Andrew Duggan, said the introduction of the Integrator’s ISR capabilities will be “a significant force multiplier for the complex challenges Army faces today and in the future”. The company stated the UAS has been designed with an open architecture, and supports modular, field-swappable payloads to deliver increased operational effects for the army across the wider multi-domain environment.

Integrator has an 18kg payload capacity, an operational ceiling of 19,500ft, endurance of over 24h, and a cruising speed of 55kt, according to the company.

DoD has previously announced that the platform selected to replace the Shadow 200 tactical would be equipped with the CM234 Spitfire camera gimbal: a locally-developed camera sensor technology featuring “next-generation ISR capabilities”. 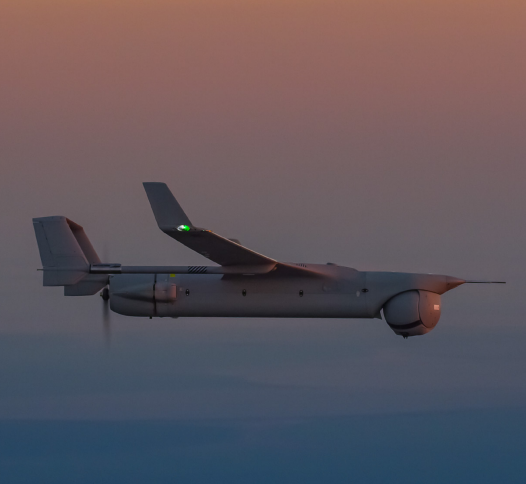