After installing the system on three submarines in the first batch of South Korea’s KSS III fleet, Indra has announced it will be providing an enhanced PEGASO electronic defence system for the first boat in the second batch.

The company will integrate the system into the vessel’s combat management system – built by Hanwha Systems – and will work with shipbuilder Daewoo Shipbuilding and Marine Engineering (DSME) to define doctrines of use for the system and other similar technologies. The company says the integration on the batch two boat will be “more sophisticated,” reflecting both the upgraded capabilities of the vessel and greater utility in the PEGASO system that can be obtained following its new setting.

PEGASO combines electromagnetic signals monitoring with radar and communications measurement capabilities in a single antenna. This increases efficiency and reduces both the footprint on the vessel and its visibility to adversaries’ radars. The system’s wideband digital reception increases the likelihood of it detecting other vehicles (sub-surface, surface and airborne) within the sub’s vicinity to “almost 100%,” according to the company.

The first batch two boat began construction in August; a formal order for the second of the batch was placed in September. The first batch one vessel was commissioned in August. It is expected that South Korea will acquire a total of nine boats in three batches of three. 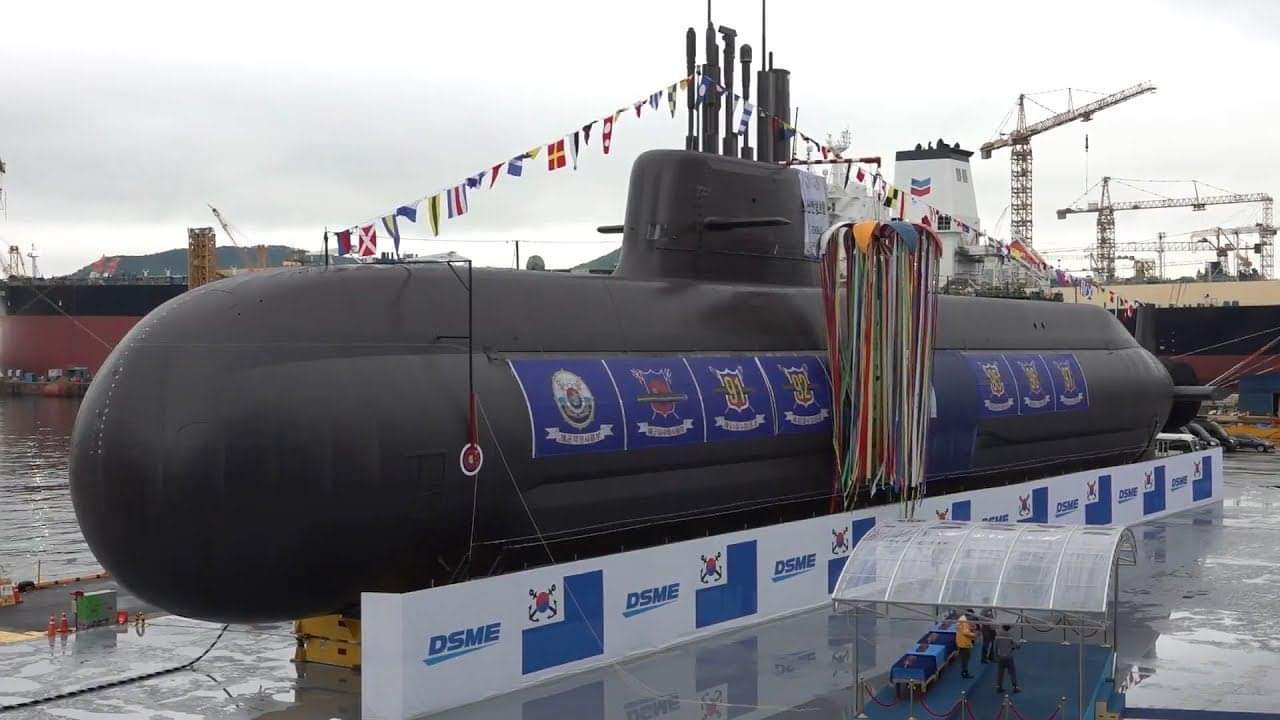 The RoKN’s eventual fleet of KS III submarines is expected to be nine boats, in three batches. (Photo: DSME)