Le Luc-en-Provence, home to the French Army Light Aviation School, also used for NH90 and for French/German Tiger helicopter training, received a PSR2 radar and an automated ATM system in 2019, and Indra is now completing installation of the same systems at the Dax air base. A PSR 2D primary radar and a secondary radar will also shortly be installed at the Solenzara air base in Corsica – a strategically important asset for Mediterranean operations.

The deployment of three radars, with the possibility of a fourth (Indra’s primary and secondary radars) at these bases is part of the SCCOA programme of the French Air Operations’ Command and Control System. 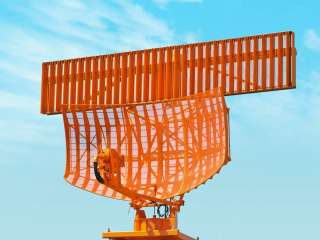 Indra’s PSR 2D radar lies at the heart of the company’s expertise in ATM. (Indra)