Exploiting Advanced Robotics and Autonomy for Functionality at Depth

Development of a new prototype autonomous recovery system for Royal Australian Navy (RAN) unmanned underwater vehicles (UUVs) is due to be completed by December.

Funded by the RAN’s Warfare Innovation Navy (WIN) branch, the one-year development project, was initiated by the Trusted Autonomous Systems Defence Cooperative Research Centre (TASDCRC), and led by Ocius Technology. They have partnered with the Australian Maritime College and the University of New South Wales to develop the system, and Southern Ocean Subsea, which is building the concept demonstrator called iDrogue, which the RAN has displayed at the Indo-Pacific 2022 exhibition in Sydney. The iDrogue will use sonar and optical cameras to locate UUVs and use a system of soft robotic tentacles to securely grip onto the UUV for recovery.

TASDCRC has stated that the pilot project will “exploit advanced robotics and autonomy to undertake functions at calm depth and without human involvement.”

As the number of UUVs in the RAN proliferates, there is a requirement for an autonomous launch and recovery system that can deploy them and reduce the human effort required. UUVs are commonly launched and recovered by hand over the side of a small RHIB – an inefficient and difficult process, because UUVs and AUVs have equipment attached to them and are used in areas where the intention is to remove the human from danger, such as during counter-mine operations.

The iDrogue prototype can hold torpedo-shaped UUVs like the Bluefin, REMUS 100, or others of a similar size, which can be guided into the drogue itself and gripped by an internal tube. Other UUVs can be held using the tentacles alone. It can hold UUVs weighing 115kg or more. The iDrogue can also be operated as a docking station to collect the UUV and, during transit to another location, can be charged and assigned a new mission. It also allows the UUV to spend more time in the water.

So far during this development stage the iDrogue has been remotely-operated in a portside environment. Further work is being done to develop its autonomous characteristics and the tentacles so that they can better grip UUVs, and in the next six months the iDrogue will be automated and the design reviewed.

The intention is for the iDrogue to also be operated from frigate-sized warships, as well as smaller vessels, USVs like the Ocius Bluebottle or other UUVs.

At the end of the pilot project, if the RAN is happy with the development of the functioning prototype, then a product phase will start that will further develop the iDrogue into a system ready for manufacture. 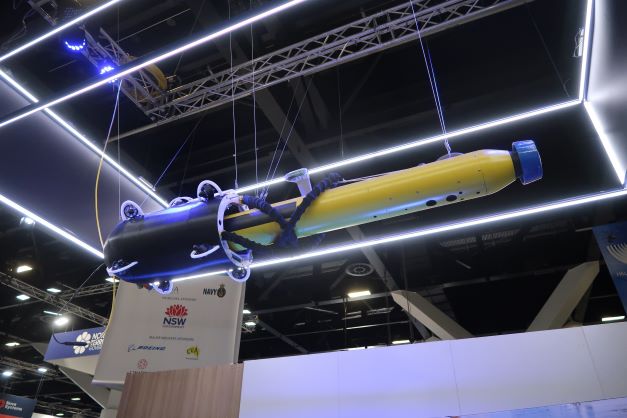 Outside its natural environment, iDrogue on display at Indo-Pacific. (Tim Fish) 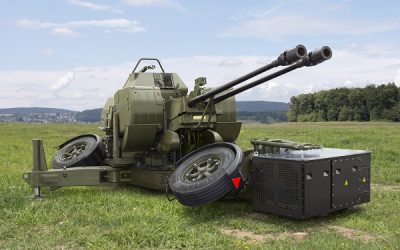 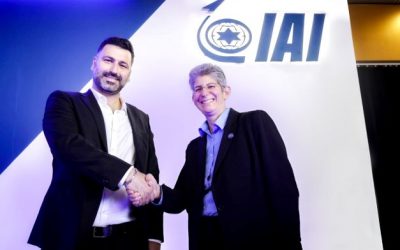 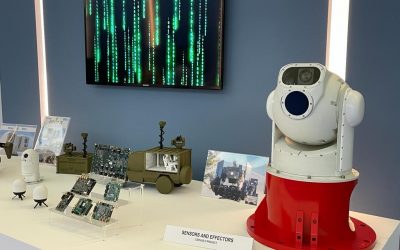