The MoD in New Delhi said the ‘retro-modification’ will see the platform’s image converter-, tube-based sight for night viewing replaced with a locally-designed and -developed mid-wave thermal-image-based sight.

The new sight, which can detect targets out to 8km by day or night, includes a laser rangefinder (LRF) to accurately measure distances up to 5km, thereby enhancing the MBT’s capability to engage targets at longer ranges, said the MoD, pointing out that a total of 957 T-90s will be retrofitted with the new sight system.

“With the corrections from ballistic software and LRF, the commander of the T-90 can detect, engage, and neutralise the targets with phenomenal accuracy,” noted the ministry, adding that the indigenously-developed sight has already successfully completed “extensive evaluations under field conditions”.

No details were provided regarding schedule, but the MoD said that the move is expected to further boost indigenous R&D, as well as local defence production, under New Delhi’s ‘Make in India’ initiative. 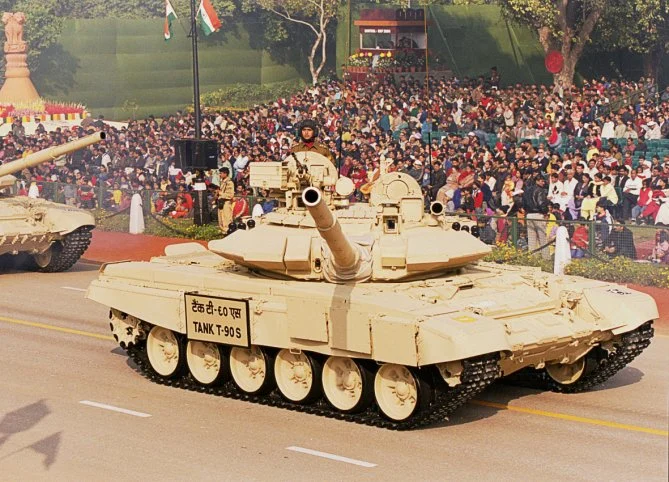 An Indian Army T-90S during a parade in New Delhi. (Indian MoD)