Despite the threat of US sanctions, India has begun receiving the first batch of S-400 TRIUMF air defence systems ordered from Russia.

It is expected the systems will be deployed along India’s restive borders with China and Pakistan, as well as to protect strategically important sites, such as New Delhi. Indian newspapers had previously suggested the Indian Air Force (IAF) was planning to induct the first regiment set of before the end of 2021. IAF personnel have been in Russia since at least mid-2019, to learn how to operate and maintain the air-defence system, which is also in service with Russia, China, Turkey, and Algeria.

With this acquisition, India runs the risk of sanctions under the US Countering America’s Adversaries Through Sanctions Act, which allows for the imposition of sanctions on any country acquiring Russian-made materiel. Pentagon spokesperson John F Kirby told reporters on 15 November that Washington was still concerned about the acquisition, which comes amid growing defence and security ties between Washington and New Delhi, particularly in reaction to China’s growing assertiveness in the Indo-Pacific region. “I think we’ve been very clear with our Indian partners about our concern over this system…. I mean, when the Secretary [of Defense] visited New Delhi again, we talked about this then…. We certainly have concerns over that system, but I don’t have any updates for you.”

The S-400 can launch the advanced endo-atmospheric 40N6 missile to a 400km range, and is intended to substantially enhance India’s air-defence capabilities. It is designed to engage a wide array of high-value aerial targets at extended ranges, including airborne early warning and control aircraft, strategic bombers, and tankers, and is also capable of engaging ballistic missiles. 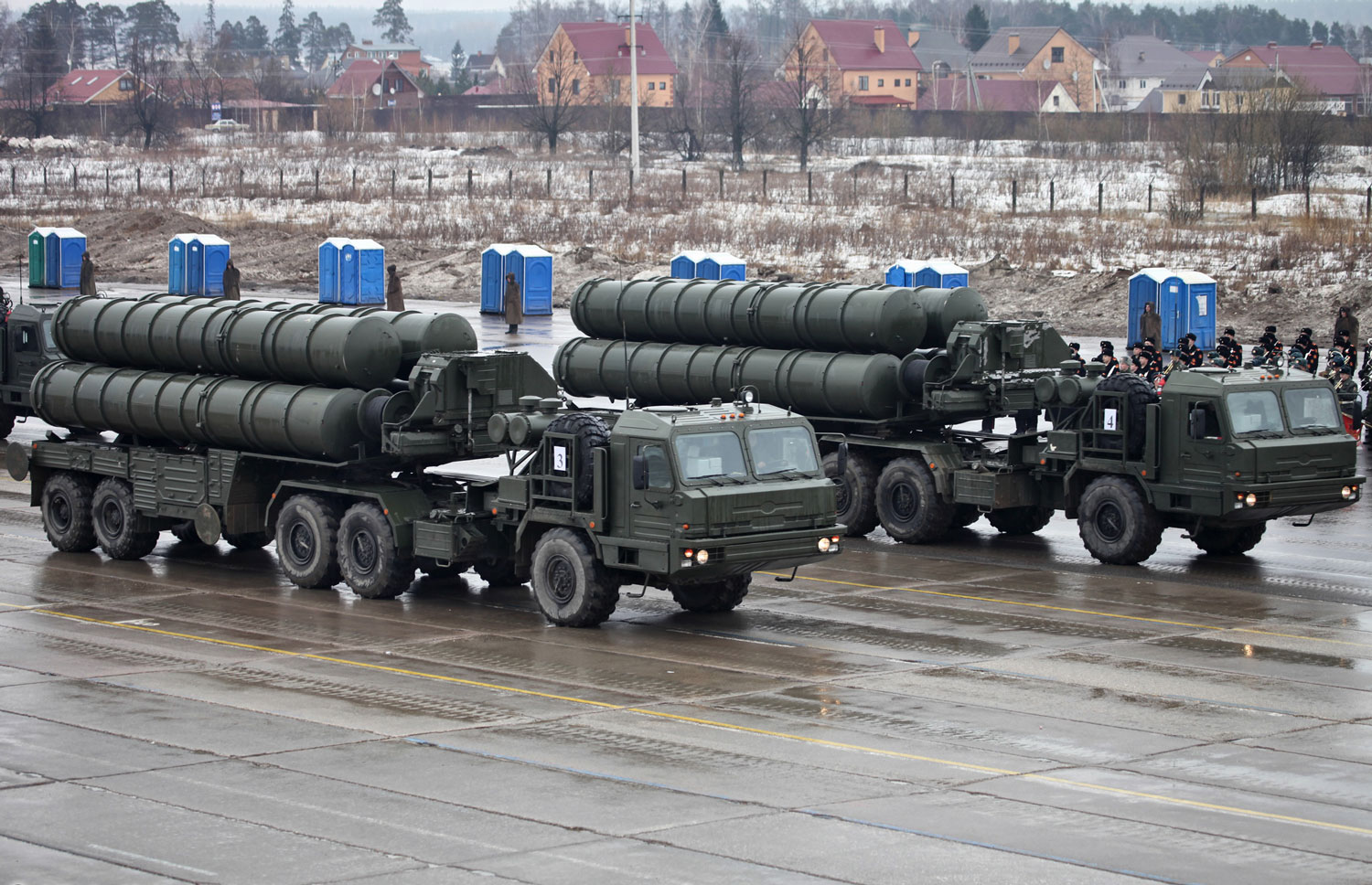 New Delhi’s acquisition of the S-400 is intended to significantly boost Indian air defence capabilities but may also result in the imposition of US sanctions. (Photo: Russian MoD)