INS Vagir Due for Delivery This Year

The fifth (of six) licence-built Kalvari (Scorpène) class diesel-electric attack submarines (SSK) on order for the Indian Navy (IN) has begun sea trials.

The 67.6m boat, which will be named INS Vagir once commissioned, will now undergo “intense trials of all its systems at sea, including propulsion systems, weapons and sensors”, said the Indian government’s Press Information Bureau (PIB) in a 2 February statement.

The PIB also noted that the SSK, launched by Mumbai-based Mazagon Dock Shipbuilders Limited (MDL) in November 2020, is scheduled for delivery later this year, following completion of these trials. The submarine will then join the other boats of the class: INS Kalvari, Khanderi, Karanj, and Vela, commissioned in 2017, 2019, and 2021 (for the last two), respectively. The final boat in the class, Vagsheer, is expected to be in service by late 2022 or early 2023, according to IN sources.

MDL has been licence-building these SSKs in collaboration with France’s Naval Group, but the programme has been delayed by over six years.

Each submarine, which displaces 1,615t surfaced and 1,775t submerged, is armed with Exocet SM39 sea-skimming anti-ship missiles and equipped with C303/S anti-torpedo countermeasure systems. They can conduct ASW and anti-surface warfare, as well as surveillance, intelligence-gathering, and mine-laying operations.

The IN is currently also aiming to acquire six next-generation submarines under Project-75 India, valued at about INR430 billion ($5.75 billion). 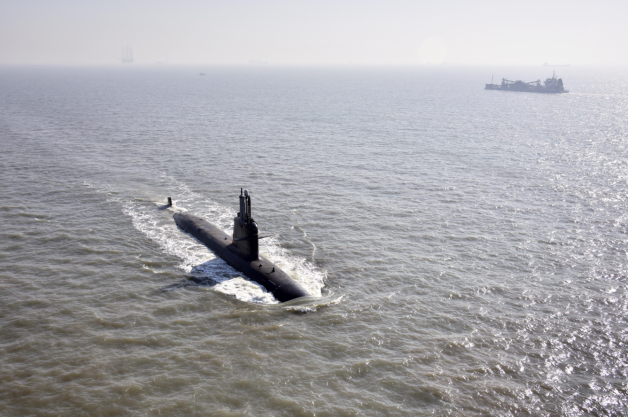