At ILA Berlin, over 1,000 exhibitors showcase their expertise in defence, security and space, from major corporations to highly specialised suppliers. At ILA Berlin, visitors can make new contacts for tomorrow’s business opportunities.

France is the partner country of this year’s ILA Berlin. The French-German ILA partnership reflects the ambitious cooperation between the two nations in the area of defence. In the summer of 2017, French President Emmanuel Macron and German Chancellor Angela Merkel gave the green light for studying a wholly new kind of combat air system with a common road map issued mid-2018. They decided to follow up the studies of Eurodrone programme with Spain and Italy. Projects of this magnitude can surely only be successfully executed with a strong French-German partnership.

ILA Berlin fosters dialogue between high-ranking generals, leading politicians working on defence and security issues as well as defence industry experts and cyber security researchers. About 200 military aircraft can be assessed both on the ground and in the air, while visitors will have the chance to see cutting-edge designs first-hand.

In the Military Pavilion, industry and the military will present a wide-range of successful cooperations between defence forces and industrial partners. Ideas for potential future collaborations will also be on the agenda.

ILA 2018 truly stands out for its international character, with delegations expected from over 100 nations. In short: ILA is destined to showcase the power and scope of Europe’s military aerospace industry.

MONCh (Mönch Online News Channel) is at the show covering every aspect of it for your convenience. Mönch furthermore will produce the official DEFENCE SHOW DAILIES, which will be available at the show and here online as well. 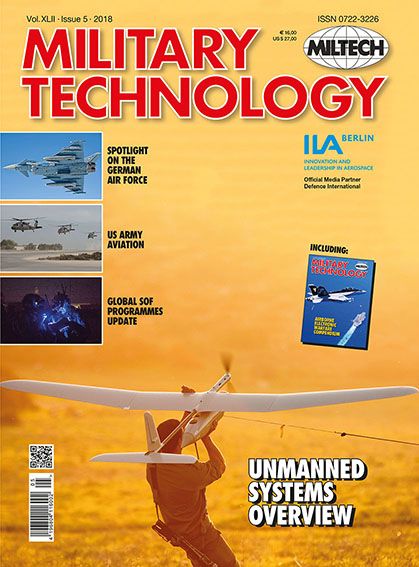