If At First You Don’t Succeed …

The public dismay, disappointment and despair (not to mention rage) surrounding the news of yesterday’s attack on Hamid Karzai International Airport in Kabul is understandable and entirely legitimate. But focusing on what has gone before, to the extent that we ignore what must come next, is exactly the wrong thing to do. Enquiries, hand-wringing (and hand-washing), recriminations and general political ‘ducking and weaving’ will come – and, indeed, have already started. But there are considerations that now need to be taken into account in a mature, grown-up, common-sense and above all pragmatic rethink about how to resolve the international security conundrum that is Afghanistan and the Taliban. Maybe – just maybe – it is time for politicians to recognize their true role is in giving clear, unequivocal instructions to their armed forces, providing those forces with the tools to do the job properly, then stepping back and resisting the temptation to micromanage or, indeed, to keep ‘moving the goalposts.’

Depending on which report one gives greatest credibility to, the death toll in Thursday’s attack lies somewhere between 60 and 85, with at least 150 injured – the worst day for the US military for a decade, in terms of casualties. A calculated, barbaric and indefensible act by a group that has no legitimacy and should have no place in any civilized society – and a group that is entirely and emphatically not the Taliban and should not be associated with them in the public’s mind. Consider the words of Ambassador James Jeffrey, Director of the Middle East Program at the Woodrow Wilson International Center for Scholars, and former Special Envoy to the Global Coalition To Defeat ISIS: “The ISIS attack on the airport, while anticipated by US and Western intelligence, was a political signal by the ISIS-Khorasan branch that it, unlike the Taliban, will continue attacking American and Western targets. This is a fundamental challenge to Taliban control and underscores the continued threat from Afghanistan after the American withdrawal.“

The attack – inevitable and even accurately foretold as it was, highlights the fundamental issue – that after twenty years, trillions of dollars and countless lives, we have achieved nothing substantive. The nation-building ambition that captured so many hearts and minds in the West has resulted in abject failure – even though it has given birth to a generation of Afghans who have never lived under the Taliban, have espoused at least some ‘foreign thinking’ and who now face life under a regime that is likely to be repressive on a scale ranging from callous to brutal – by foreign standards, at least.

Thousands, if not millions of words will be written and broadcast on the Afghan ‘problem’ over the coming weeks and months. It is fervently to be hoped that some, at least, of those words will be heeded, understood and may even be acted upon. We need to rethink what we tried to achieve and the extent to which we are willing to live with the actions of a regime we apparently cannot defeat – though that, of course, is the subject of an entirely different debate, one about political will and commitment. We need to recast the manner in which we respond to similar situations in the future if we are not to face a similar conundrum. And we need to reform a political coalition of the willing – one that understands the subtleties and the harsh realities of 21st century Realpolitik. Which will not be easy, given the effect the recent admission of failure has had and the huge capacity for indecision it reveals in key nations.:

“These blasts put Washington in a terrible policy bind: keep doing evacuations and risk more terror attacks at the airport that kill more people, or stop evacuations and keep people desperate to leave from leaving. Like so many other US policy decisions about Afghanistan, there are no good options. The deaths of US servicemen, the first since early last year, underscore the continued risks for American troops in Afghanistan. It’s an important reminder, given the criticism the Biden administration has taken from US commentators for its decision to withdraw,” explains Michael Kugelman, Deputy Director of the Asia Program at the Woodrow Wilson Center. 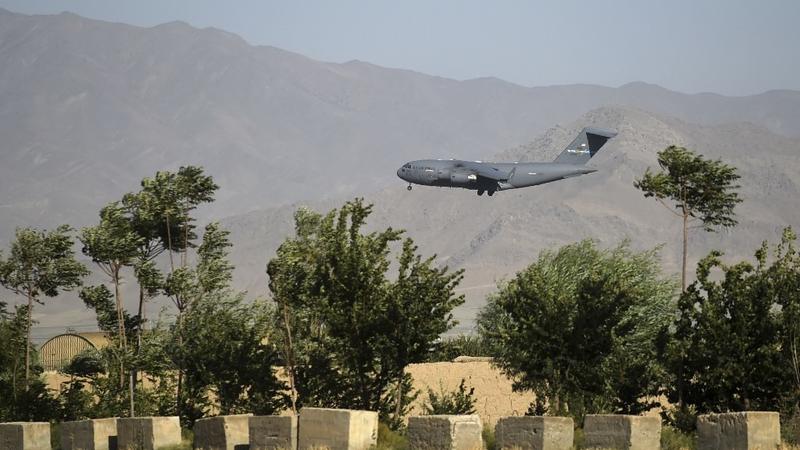 Despite evident successes and monumental efforts, a lack of clarity and delays in decision-making and implementation characterise the current withdrawal from Afghanistan. (Photo via Chinese internet)