EVOLUTION DEFENSE 4.4 enables an operational concept the company has trademarked as Communication Signal Interference Removal, or CSIR. This technology limits interference on signals and can be inserted onto various different platforms, including the company’s DLC-R (defence line card – receivable) products and its 9-Series satellite routers: the 950mp, the 900, the 9050 OM and the 9350.

Remote interference reporting on the 9-Series and the DLC-R works in iDirectGov’s iMonitor network management software. This provides in-depth views into network performance, both live in real time and historic, including status of devices and bandwidth usage. The user can configure the system so it triggers alerts at different performance thresholds chosen based on operational use and mission relevance. The company says that these enhancements to the EVOLUTION DEFENSE software “help to combat adversaries who are increasing their implementations of SIGINT to attack military and government spectrum use, as enemies seek to jam transmissions intended for radio communications, radar and various operations.”

The latest software release adheres to the US National Institute of Standards and Technology (NIST) Federal Information Processing Standard (FIPS) 140-2 Level 1 set of security requirements for cryptographic modules. There are four levels of FIPS 140-2 and Level 1 is the most basic, with no physical security requirements, enabling cost-effective implementation of cryptographic software for low-level security requirements. iDirectGov says this standard is reinforced by security enhancements in the Red Hat Enterprise Linux 8 open-source operating system used by the software. Hardware enjoys a higher FIPS level: iDirectGov’s DLC-R, and the 9-Series routers, comply with FIPS 140-2 Level 3. The company says that the EVOLUTION DEFENSE platform as a whole is “continuously tested and evaluated to ensure mission-critical data is protected“.

“Enhanced security solutions in EVOLUTION DEFENSE 4.4 create a multi-layered approach to MILSATCOM protection,” commented John Ratigan, President of iDirectGov. “We have engineered this specialized software release to enable interference mitigation on our line cards to create an end-to-end solution for interference when combined with our 9-Series remotes. Our security solution offers a defense-in-depth approach for reliable and secure communications.” 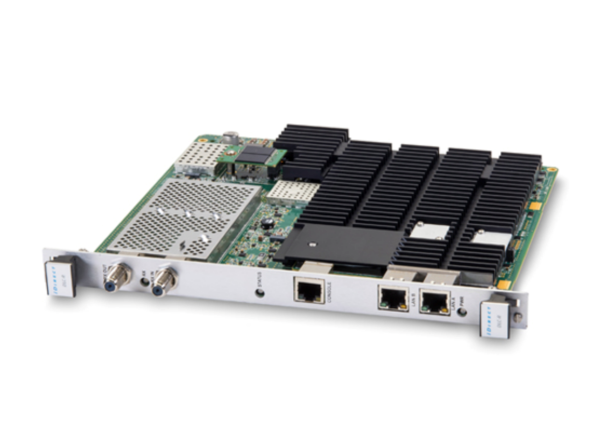