Israel’s combat-proven ‘Ghost 880’ unit, established a year ago under the multi-year TNUFA (SWING) programme, is set to expand, local sources have suggested to MON. The unit’s recent combat experience is having a direct effect on the lines of systems under development in Israel for their asymmetric style of warfare – development efforts that are set against the background of 140,000 rockets deployed by Hezbollah in scores of villages in Lebanon.

Some of the systems will be unique to the unit, MON understands. These may include so-called ‘instant launch’ weapons to counter immediate threats – these will undoubtedly include loitering munitions and armed VTOL UAS, adding to the capability for communicating precision target location information to airborne or maritime assets, according to Israeli sources.

Brig-Gen Miki Bar, a former commander of one of the IDF’s principal bases, rold MON that the capability to precisely locate a target in seconds is critical. “When a special unit performs that process, fire sources like a combat helicopter can launch its weapon systems . This after getting a general permission from headquarters to act on the basis of the data from the [forward] infantry unit.”

During the ‘Guardian of the Walls’ operation in Gaza in May, the unit identified over 20 Hamas units, some in the process of preparing rockets for launch. The destruction of the targets by a range of weapon systems was due, in large part, to the unit’s contribution to shortening the ‘sensor to shooter’ loop.

Already equipped with highly sophisticated weapon systems, the unit is able to operate directly with airborne and maritime units, without the need to seek permission or coordinate with other echelons. It is “meant to produce targets that it will destroy with its [own] weapons and by other units on the ground, at sea and in the air, using the very accurate data that the unit collects [and] will be able to produce very accurate fire power based on intelligence generated by tools that have never been in the toolbox of any unit in the IDF,” sources stated.

Creation of ‘Ghost 880’ is one of the major building blocks of Chief of Staff, Lt-Gen Aviv Kochavi’s ambition to establish a force capable of changing “the situation in the battlefield in record time,” using all available sensors and weapons. “The unit has been able to develop methods that will help the IDF to locate targets in enemy territory and attack them almost immediately with a variety of weapons systems to get the ultimate target – to take this target out – and I mean completely out,” an Israeli source told MON. 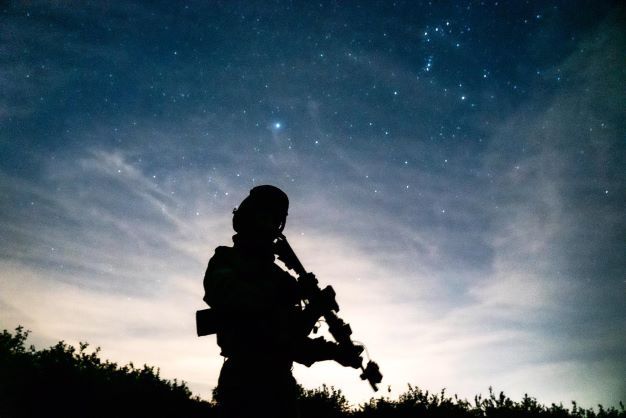 The equipment issued to ‘Ghost 880’ will be specific to its unique role – and in some cases will be purpose-designed for it. (Photo: IDF)