FNSS developed ARCT for the Turkish Land Forces Anti-Tank Vehicles (ATV) programme, utilising state-of-the-art technology, as it approaches user combat experience. As an indigenous development project, ARCT was designed from the onset as a dedicated anti-tank guided missile (ATGM) turret, which was instrumental in attaining a highly effective solution in terms of missile effectiveness and system survivability.

To meet the needs of Turkish Land Forces Command, FNSS premiered the PARS 4×4 ATV at Eurosatory 2018, where one of the two prototypes of the vehicle produced for qualification tests was being displayed at the FNSS stand, giving visitors to the event the opportunity to inspect up close a fully mission-equipped vehicle.

The two prototypes, produced as part of the ATV project, will spend the coming months undergoing qualification tests once the manufacturer’s verification tests have been completed.

The PARS 4×4 ATV has been devised as a vehicle that offers both speed and high manoeuvrability under all terrain conditions, with sufficient firepower to destroy enemy tanks and other armoured units from a distance, and with the ability to engage second targets following a rapid change of position. Drawing upon its vast experience and innovative approach, FNSS has come up with a very special amphibious vehicle that is capable of meeting these challenging requirements simultaneously.

The first prototype of the PARS ATV, which is the wheeled anti-tank system in the ATV project, began verification tests in May 2018, and will soon commence qualification tests in line with the project schedule. Serial production of both the tracked and wheeled vehicles in the ATV project is planned to be completed in 2021, with 260 vehicles expected to be delivered in total to the Turkish Land Forces Command.

Celebrating 30 years in the defence industry, FNSS is ready to integrate turrets into both wheeled and tracked armored vehicles by using cutting edge technology and user centred designs. The company’s SABER-25 and TEBER-30 turrets incorporate this latest technology in turret drives, fire control, protection and lethality.

FNSS is a globally recognised land systems company that specialises in designing and producing wheeled and tracked armored combat vehicles as well as combat engineering vehicles, turrets and sustainability solutions. As the solution provider of choice of users in various countries, the company has delivered more than 4,000 armored combat vehicles worldwide so far. 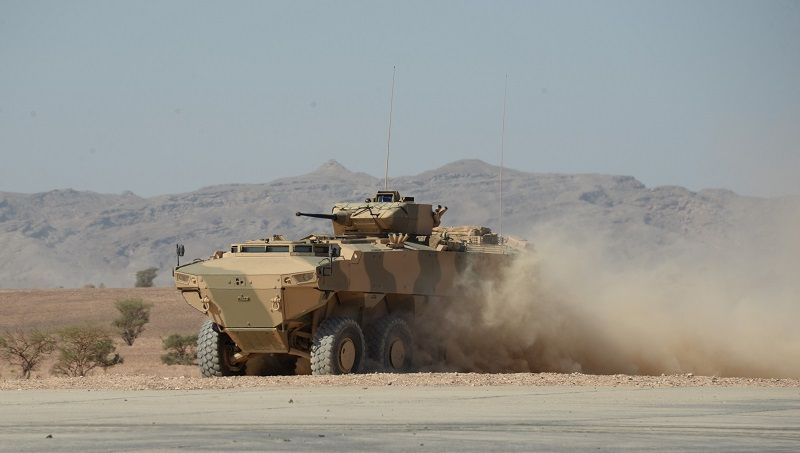