Aselsan’s booth #1200 again the most prominent stand at IDEF

With its exports to 65 countries, Aselsan’s wide-ranging product line ranges from renewable energy systems to communication systems, all of which are demonstrated at IDEF 2019, alongside new product launches.

Aselsan is expecting to host over 50 high-level international delegations, chiefs of staff, ministers of defence and force commanders from all over the world to discuss its best-of-its-class solutions, services and co-operation models including technology transfer programmes. Aselsan, making a remarkable progress by adding new countries to its export network and opening new offices in many continents across the world in line with its expansion policies, climbs the ranks in its globalisation journey.

As a novelty this year; Aselsan puts its focus also on young people and suppliers through devoting more attention and more time to them. Young people will have the chance to discover the promising career opportunities of ASELSAN and to meet the senior executives while the suppliers will be discussing the business opportunities with the ASELSAN authorities in the reserved areas for themselves.

Aselsan displays more than 300 indigenous products at the show using new and remarkable display technologies.
Among new product launches are the company’s brand new Close In Weapon System (CIWS – previously known as KORKUT-D CIWS) for the protection of naval assets. While the serial production of the new KORKUT 35mm Self Propelled Air Defense Systems and the modernisation of towed 35mm air defence guns for the Turkish Army are ongoing, Aselsan successfully qualified its CIWS and in May 2018 demonstrated the effectiveness of it via firing trials conducted under the supervision of Turkish Presidency of Defense Industries and Turkish Navy.

The new ASELSAN CIWS is able to perform target detection, identification, tracking and kill operations in full autonomous mode. 3D search radar, fire control radar and E/O sensors on the new CIWS allow efficient operation of the system at night and under harsh weather conditions. The system can be operated by an operator or in full autonomous mode without any operator intervention. As a unique feature of the new CIWS, two different types of ammunition can be loaded into the system and preferred ammunition types can be selected before the firing thanks to the Automatic Linkless Ammunition Feed Mechanism.

Furthermore, Aselsan’s FERSAH Hull Mounted Anti-Submarine Warfare (ASW) Sonar is displayed at IDEF 2019 for the first time. FERSAH operates within the medium frequency band in active and passive modes and its primary task is to meet the ASW requirements at frigates and corvettes. In addition to ASW, FERSAH also bears a mode to avoid mines. The system consists of five sub-subsystems including Sonar Wet-End, Connection Unit, Power Cabinet, Processor Cabinet and Operator Console. 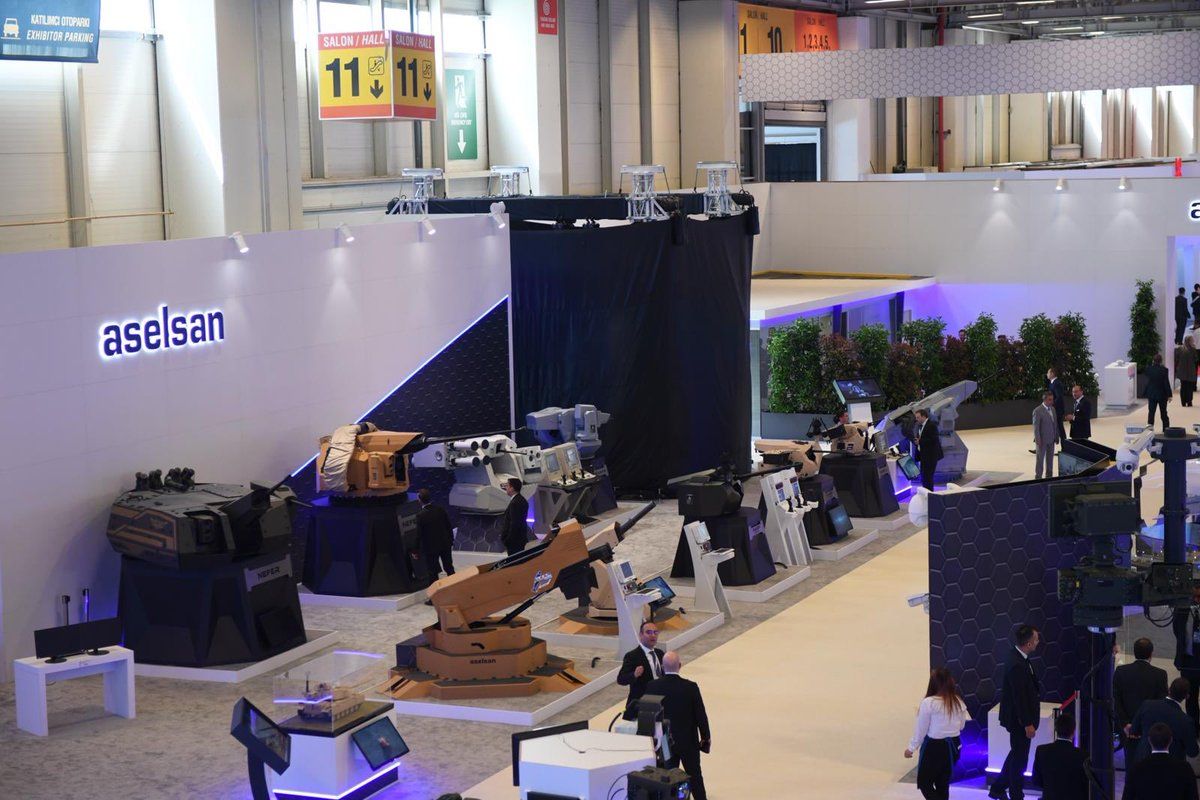