Vehicles Due for Delivery to Indonesia by Year-End

The KAPLAN MT medium tank – the only tank to have been exported by Turkey – will be on display at IDEF 2021 in Istanbul this week in its production variant, designer FNSS announced on 15 August.

Having completed endurance and firing trials in Turkey and Indonesia, serial production of 18 vehicles for the Indonesian armed forces has commenced – the production contract was inked at IDEF 2019. The first ten tanks are to be built in Turkey, the remaining eight in Indonesia, following the successful completion of technology transfer between FNSS and PT Pindad and under the auspices of the defence industry cooperation agreements signed between the two nations.

Once the production design was finalised, series production began in FNSS facilities with significant participation from PT Pindad engineers and operators from the Indonesian Army. The vehicles are due to be delivered to the Army by the 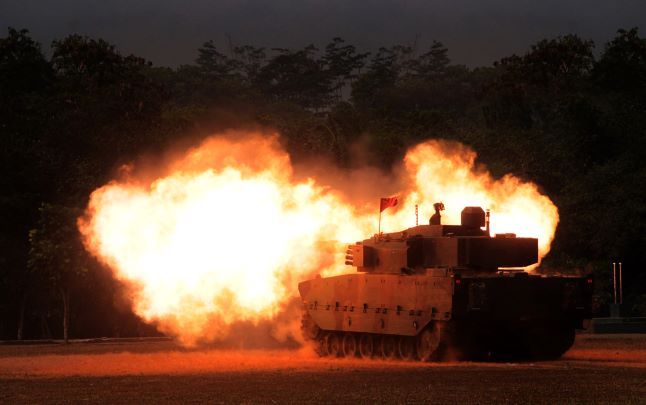 Mounting a Cockerill 3105 turret, the production variant of the KAPLAN MT will be on display at IDEF 2021 in Istanbul this week. (Photos: FNSS)