Israel Aerospace Industries (IAI) has delivered the first F-16 wing and vertical fin to Lockheed Martin, following the reopening of the F-16 wing assembly line at IAI last year, as a result of increased worldwide demand for the F-16 Block 70/72.

The F-16 wing and vertical fin assembly lines marked the beginning of 40 years of collaboration between IAI and Lockheed Martin, collaboration which has grown and expanded in aviation and defence: for example, IAI also produces the F-16 conformal fuel tanks.

Joshua Shani, Chief Executive of Lockheed Martin Israel, added “The F-16 is a strategic and valuable choice for many customers around the world seeking advanced, 4th-generation fighter aircraft capabilities, regional and worldwide partnerships, and affordable lifecycle costs. Five nations have chosen the F-16 Block 70/72 for these reasons and more.” 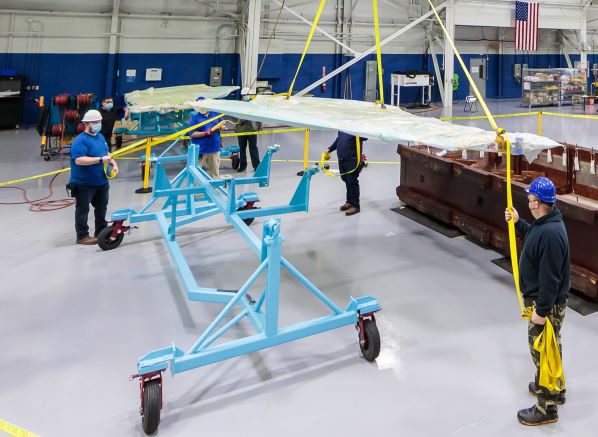 An IAI wing for an F-16 Block 70 aircraft with LM tag. (Lockheed Martin)