ELTA and Carbyne co-developed the 911 ULTRA-EN as an innovative solution, activating an instant alternative private cloud-based cellular network to reconnect users in disaster zones with emergency service accessibility, as well as wideband data communications, when it matters most. While commercial networks play a crucial role in traditional mass-alert solutions, circumstantial vulnerabilities can impact their capability to facilitate emergency communications, hindering their ability to protect lives. The new network guarantees connectivity directly to the users’ mobile devices.

911 ULTRA-EN delivers powerful capabilities, locating trapped individuals in need of rescue, for example, or providing a secure network for first responders. It couples solutions such as ELTA’s RescueCell, a secure, immune and autonomous dedicated communication network, with IAI’s RES-Q-CELL, a cellular geo-location system, and Carbyne’s NG 9-1-1 technology for the delivery of rich data services, including dynamic device-based location, live video streaming, instant chat and real-time analytics. The system dramatically improves first responders’ situational awareness, and establishes communication channels where they are most needed. One significant benefit is that it requires no app or user pre-registration. In establishing the autonomous network, the technology provides mobile phones with live connectivity, independent of other apps or services.

The solution has proven increasingly essential over the past year. In Nashville, following an unpredictable and devastating bombing, multi-state commercial networks were damaged and rendered inoperable, thereby severely constricting search and rescue efforts. If the state had a solution such as 911-ULTRA EN, it could have established permanent communications when it was needed most.

Adi Dulberg, IAI-ELTA VP/GM Intelligence, Communications and EW Division, commented “This development – made possible through close collaboration between IAI and Carbyne – enables a timely emergency response in any circumstance imaginable. The public can now feel confident in the ability to stay connected at all times, more important now than ever before.”

Amir Elichai, Carbyne’s CEO, added “Time is the greatest asset in any emergency situation, and lives lost are the price we pay when emergency response communications are interrupted. It is not inevitable to lose network connectivity during large scale disastrous conditions. Sometimes governments do not plan for these scenarios. But, they happen all around us. And when they do, the availability of an autonomous network is critical.” 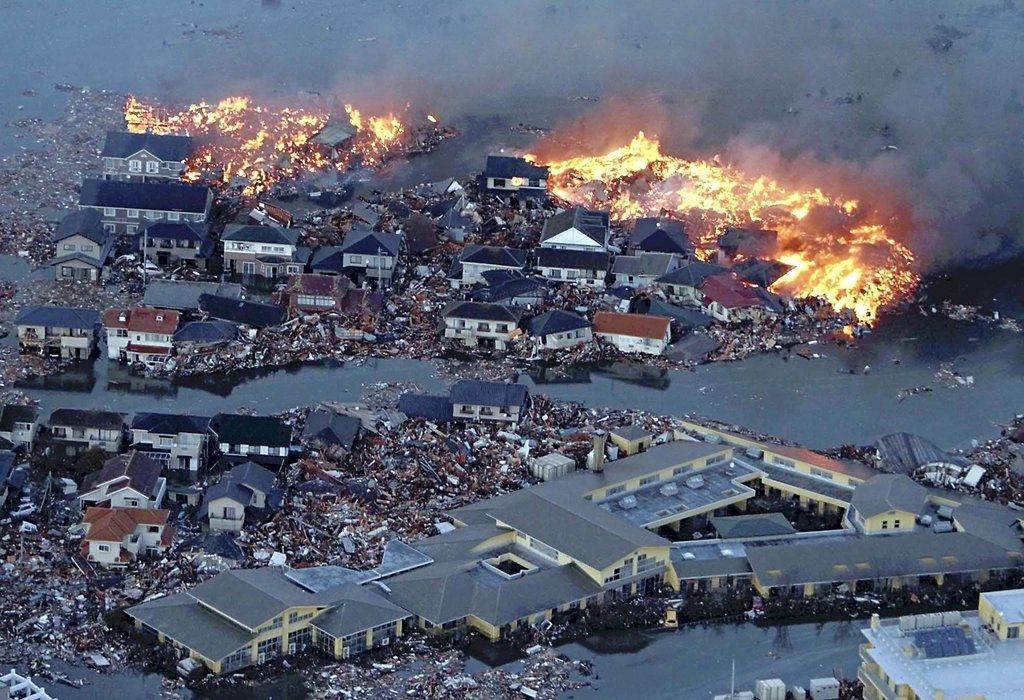 The devastation and disruption caused by natural disasters – such as the magnitude 8.9 earthquake in Japan in March 2011 – can cause havoc with ‘normal’ services and make a bad situation worse, absent reliable emergency communications. (Photo via IRIS)