Ambitions are High, Funding Not So Much

Earlier this year the Israeli Air Force (IAF) decided its first priority is to have more Lockheed Martin F-35I ADIRs: the government approved the purchase of a further 25, in addition to the 50 on contract. Simultaneously, however, the service pushed for a major ‘F-15 revolution’ – procurement of the advanced version of the Boeing F-15, plus upgrade of the existing fleet. Severe budget problems appear to make this revolution unlikely, currently.

The IAF currently has 27 F-35s, with additional aircraft scheduled to arrive in the coming months. In  parallel to the F-35 acquisition, however, the IAFis very clear about its operational requirement for additional advanced F-15s: it wants the F-15EX in a special version, dubbed IA for  ‘Israeli advanced.’

The paperwork is almost ready – Israel expects an answer from the US Air Force shortly.

Israeli sources told MON that the request will be for 20-25 aircraft, plus the upgrade of existing F-15Is to the F-15I+ configuration, replacing the full avionics suite for the existing fleet, including radara and primary computers. They indicated the plan is to build a prototype in the US, test it there, freeze the configuration, then build upgrade kits to be sent to Israel for integration by the IAF’s Technical Centre. They further confirmed that this upgrade will bring the F-15I+ avionics to the identical standard of the F-15EX.

Plans are clear. What is uncertain currently is the availability of a budget for such a major programme, estimated at some $6-7 billion (€5.1-6 billion). It seems the only real option is to ask Washington for an extraordinary addition to the $3.8 billion annual funding authorised under the current Foreign Military Financing (FMF) agreement. Local sources suggested to MON that Israel might back its request by citing the changing threat level in the Middle East.

There are additional question marks over the F-15 programme, however. Sources suggest that, as it stands at the moment, and if all hurdles can be overcome, the fist delivery of an F-15IA will be in 2027, with a prototype of the F-15I+ ready at about the same time.

The IAF is very pleased with the performance of its combat-proven F-35, but says that current and developing threats mean there is an operational need for an aircraft to act as a ‘heavy truck,’ carrying significant amounts of a wide range of weapon systems – both those manufactured in the US and Israeli-developed systems that require a heavier aircraft.

Prime Minister Naftali Bennet’s Washington meeting with President Biden this week will focus on changes in the Middle East and the growing threat posed by Iran, which is on the threshold of an offensive nuclear capability, and will also probably cover the Israeli need for additional financial support to meet the continually growing need. The Israeli MoD was reluctant to comment on the issue of lack of funding for the F-15 programme. 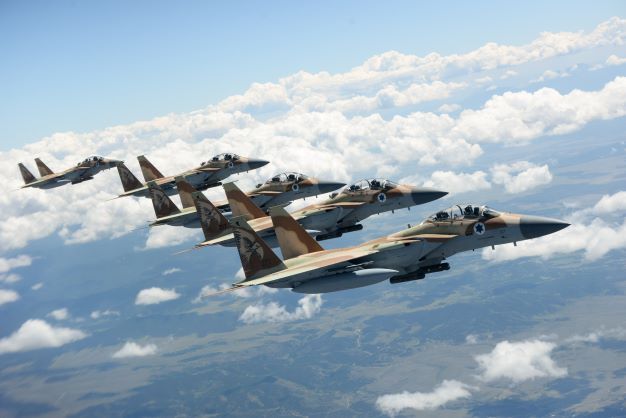