A series of technical demonstrations, as well as presentations during keynote thought-leadership sessions, will see Improbable Defense & National Security raising its profile at I/ITSEC 2021 in Orlando late this month.

Improbable Defense’s pitch is based around its synthetic environment development platform. The technology leverages innovations the British parent company has made during its history developing immersive games set in virtual worlds, and positioning the group for the emerging concept of the ‘metaverse’. Improbable believes that its development platform is helping to “transform synthetic capabilities” as militaries and academia continue to draw on lessons the gaming industry has learned in the quest to make synthetic training more realistic, engaging and compelling.

The company plans tactical demonstrations of two key capabilities. One will look at analysis of strategic and operational decisions: the scenario posits a missile strike on an urban environment, coupled with a disinformation attack, and tracks its impact on mobilisation times and casualty rates. The other showcases an experimental mode the company has developed for gaming, which allows thousands of distributed players to enter the same virtual world simultaneously: the company says that, within six weeks of being developed, it had successfully been applied to military training, enabling brigades and above to carry out massive virtual training exercises.

“In an era of constant competition, where our security, prosperity and freedom are consistently challenged, Improbable Defense [delivers] cutting-edge software products which are helping to solve critical national security challenges for the US and [its] allies,” commented Improbable D&S CEO, Joe Robinson. “We look forward to … explor[ing] how we can work together to counter the dynamic threats that pervade our increasingly unstable world.” 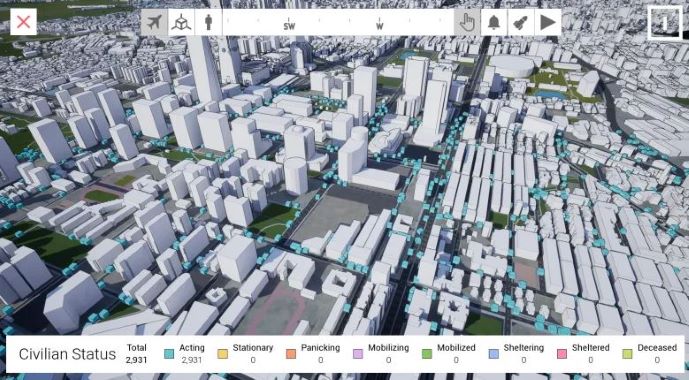