Saab to Bring Fleet Up to MS20 Block 2 Standard

A government-to-government agreement has been reached which will see Hungary’s Gripen fleet upgraded by Saab.

The MS20 Block 2 upgrade involves new sensors and integration of additional weapons. The fighter’s air-to-air tracking range, ability to detect small airborne targets, and clutter suppression capability will all be significantly increased when radars are replaced with the PS-05/A Mk 4 sensor. The upgrade also includes enhancements to the Link16 communications capability.

“Thanks to the modernisation of the Hungarian Gripen aircraft, the operational capabilities of the Hungarian Air Force will be significantly increased,” said Maj Gen Nandor Kilian, HDF Air Force Inspector. “Our staff has appreciated a close and fruitful cooperation with the Swedish side on this specific modernisation project as well as the cooperation during the 15 years that we have operated Gripen aircraft.”

“With these changes introduced by MS20 Block 2 upgrade, Hungary will get an even more efficient and powerful aircraft, capable of competing in every respect with any other next-generation fighter aircraft,” said Jonas Hjelm, head of Saab’s aeronautics business. 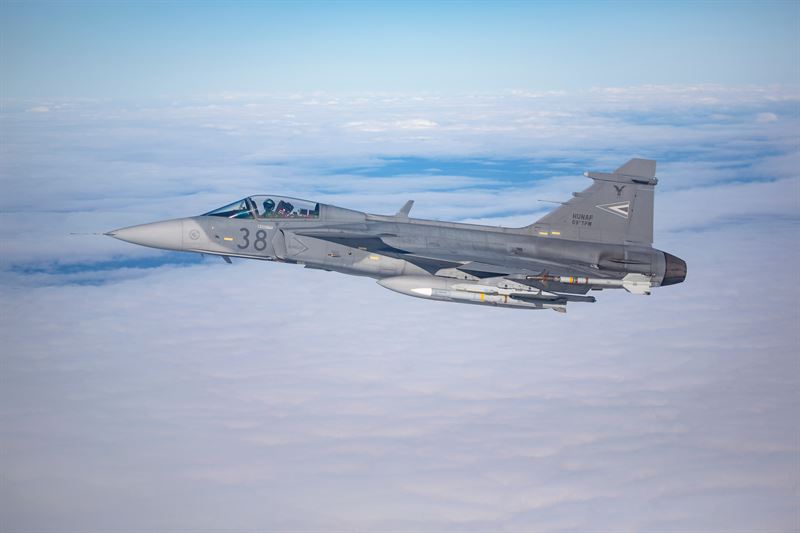