HMAS Toowoomba Back in the Water

The Royal Australian Navy’s (RAN) HMAS Toowoomba has returned to the water after an 18-month maintenance period.

The DoD announced on 21 April that Toowomba has become the fifth of eight frigates of the class to exit the dry production phase of the Anzac Mid-Life Capability Assurance Program (AMCAP), which involves significant out-of-water maintenance and upgrades to overall capability.

Commanding Officer Darin MacDonald stated that the focus for the crew and supporting industry has now turned from deep-cycle maintenance to returning the frigate’s systems to an operational state, as responsibility for the vessel passes back to the service. This will involve a number of trials, both alongside and at sea, before the 3,600t vessel returns to an operational cycle at the end of the year.

The AMCAP forms the major work element within an A$2 billion ($1.47 billion) Warship Asset Management Agreement signed in April 2016. Under the eight-year programme, BAE Systems Australia, Saab Australia, Naval Ship Management, and the Australian government are jointly supporting the Anzac-class frigates until their replacement in the 2030s under Project Sea 5000 by nine Hunter-class Future Frigates, based on BAE Systems’ Type 26 Global Combat Ship.

The AMCAP scope of work includes the replacement under Project Sea 1448 4B of the ageing Raytheon SPS-49(V)8 radar with the CEAFAR2 L-band radar, developed from the CEAFAR X-band/S-band active phased array system installed on the Anzac frigates as part of their recent anti-ship missile defence (ASMD) upgrade. 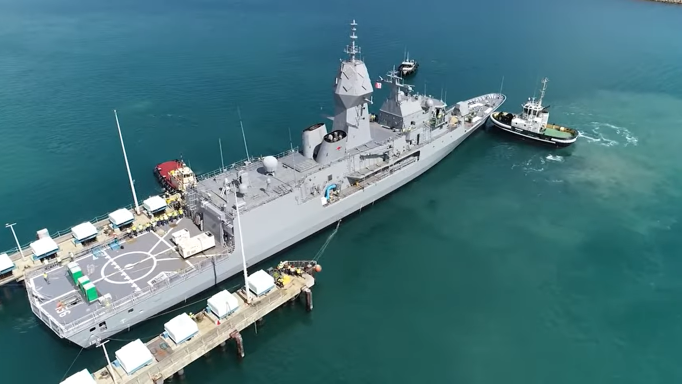