Huntington Ingalls Industries (HII) has begun testing on the Aegis combat system for the US Navy’s guided missile destroyer Jack H Lucas, the first Arleigh Burke class vessel to be upgraded to the Flight III configuration.

“Through perseverance, a good plan, execution of that plan and relentless follow up, our shipbuilders have reached ALO,” said Jeff J Davis, construction manager for the Jack H Lucas, referring to ‘Aegis light-off,’ the point at which integration and production has been completed, and testing of the combat system can begin. 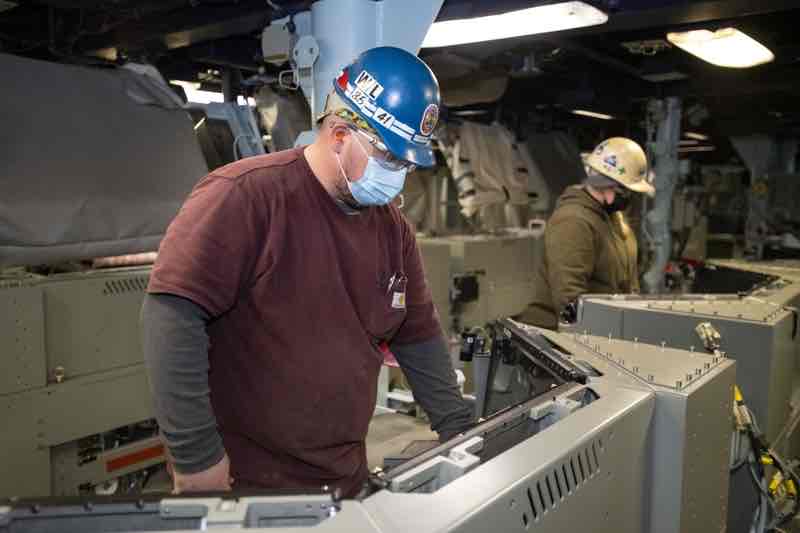 Aegis light-off being initiated aboard the Jack H Lucas. (HII)