Hensoldt Optronics (booth 12-445) is showing its new ZF1-8×24 telescopic sight here, series production of which could start as early as the third quarter of this year, the company announced today.

Offering an integrated red dot and a reticle that can each be separately illuminated, the ZF1-8×24 is ideally suited for specialist shooters. The ZF 1-8×24 offers the smallest variable magnification in the Hensoldt portfolio. “It was developed for short to medium ranges and is thus perfectly suited for the designated marksman and police forces,” explained the company’s Head of Handheld Sight Systems, Frank Topp.

In this system, one-time magnification works like a red spot sight with a wide field of view. The shooter fires with both eyes open. In the ZF 1-8×24, the reticle is in the first image level, while the red spot is in the second image level and does not grow as the magnification is increased, so it does not conceal the target. “As soon as the shooter chooses a magnification from 1.3, the red spot is switched off and the reticle is illuminated. The illumination setting can be fixed at any desired position but the illumination does not increase,” added Mr Topp. The new telescopic sight also offers a detent that can be locked at the null position for elevation and lateral sight adjustment turrets. 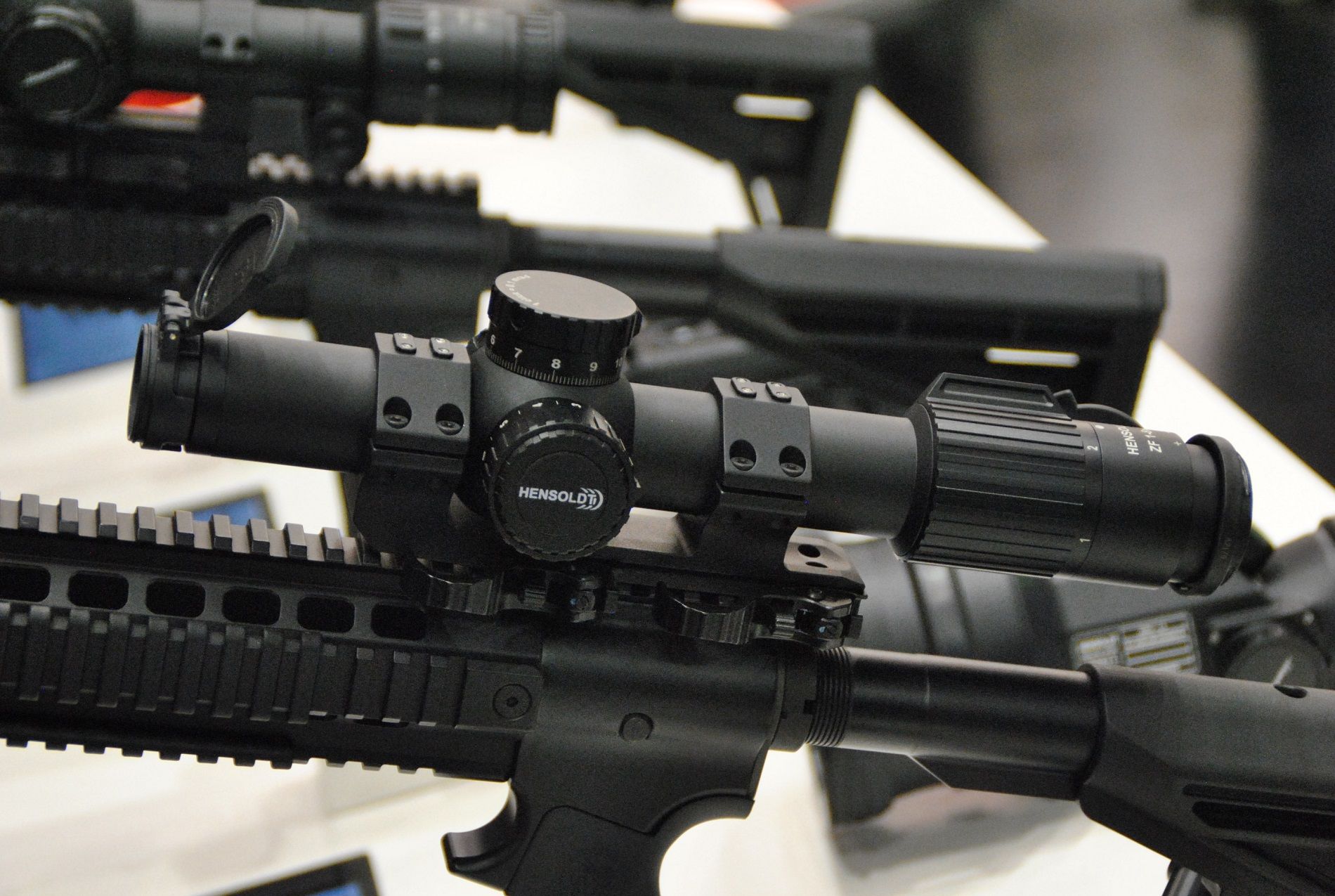