Hensoldt has been awarded a contract for the next phase of Eurofighter maintenance, the company announced on 29 April.

The contract covers service tasks for the company’s share of systems in radar, avionics and EW capabilities, which will be delivered through consortia in the four Eurofighter core nations (Germany, Italy, Spain and the UK), via the programme partner companies: Airbus (Germany and Spain), BAE Systems and Leonardo. Hensoldt is the national leader of the radar and DASS [Defensive Aids Sub-System] consortium for Germany until the end of 2026, and is also the service and consortium partner for the other nations.

Under the new contract, aircraft from the four nations will be maintained in the shortest possible time by Hensoldt technicians at five locations in Germany, two of which have technical diagnostic cells. Radar automatic test equipment developed and supported by Hensoldt is also used in all the nations, supporting both troubleshooting and re-certification activities. 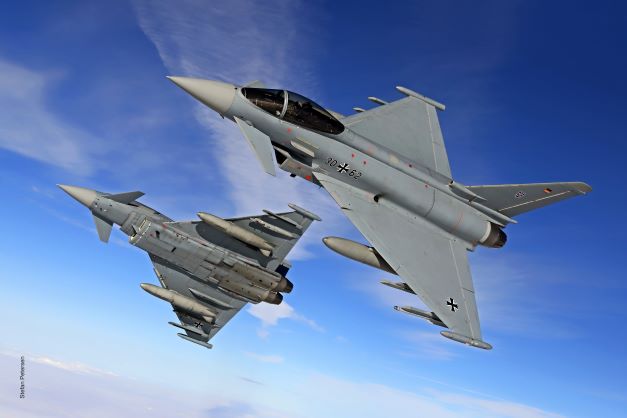 Hensoldt will maintain and repair relevant systems on Eurofighters for the four core operators. (Hensoldt)