Critical Test Equipment to be Replaced

Under a contract awarded by OCCAR, Hensoldt will modernize test equipment for the COBRA artillery locating radars in service with Germany and France, the company announced on 14 June.

The equipment to be modified is the COBRA Radar Environment Simulator (CRES), an indispensable component in determining optimum deployment and testing system performance in a laboratory environment. It generates artificial radar returns, allowing the simulation of all kinds of ballistic projectiles (missiles, mortar or artillery munitions, etc.). It can therefore be operated in maintenance facilities or even within a COBRA shelter.

The current CRES has been in service since the 1990s and has become obsolete and unreliable. Its replacement with a new system, designed and developed by Hensoldt, has been considered the most economical solution – hence the OCCAR contract.

A mobile radar system for locating hostile artillery and missile positions and for predicting projectile flight paths in order to give early warning and enable protective action, the first COBRA configuration was developed by the EuroArt consortium (HENSOLDT, Thales and Lockheed Martin) around the turn of the century for the German, French and British armed forces. Today, over 40 systems in various configurations have been deployed by Germany, France and Turkey, as well as with several armed forces outside Europe. 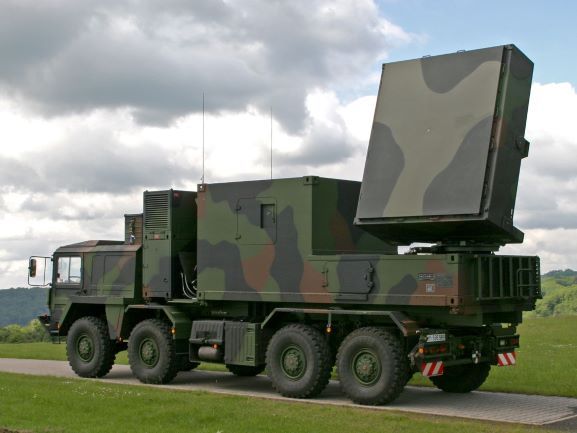 A German army COBRA in the field. (Photo: Bundeswehr)