Hensoldt’s PrecISR 1000 airborne multi-mission surveillance radar will be mounted on a KING AIR B350 by CAE Aviation, Luxembourg, before the end of the year for an undisclosed customer, the company announced on 2 September.

The contract was signed after PrecISR has recently proven impressive SAR/MTI capabilities during successful flight demonstrations. These included a joint Hensoldt/CAE Aviation participation in the OCEAN 2020 maritime surveillance exercise in Sweden. OCEAN2020 (Open Cooperation for European mAritime awareNess), funded by the European Union’s Preparatory Action on Defence Research and implemented by the European Defence Agency (EDA), was aimed primarily at demonstrating enhanced situational awareness in a maritime environment through the integration of legacy and new technologies for unmanned systems, ISTAR payloads and effectors, by covering the “observing, orienting, deciding and acting” operational tasks. The team, involving 43 entities, was drawn from 15 European countries, and the activities culminated in demonstrations in the Mediterranean and Baltic, contributing to the EU´s ability to lead innovation in support of Europe´s strategic autonomy in the maritime domain.

At the same time, the companies agreed a strategic partnership, signing an agreement aiming at joint development of customer-specific capabilities, training and maintenance and marketing of the PrecISR product.

PrecISR translates the latest achievements in active array and digital receiver technology into a scalable, high-performance sensor, which can be installed on a range of airborne platforms. Due to its software-defined radar modes and electronic beam steering, PrecISR can perform different tasks virtually at the same time. It is able to detect, track and classify thousands of objects and thus literally find the ‘needle in a haystack’. Because of its compact design, and the fact that all parts are located outside the airframe, platform integration is simplified significantly, compared to other radars. Its superior precision and target accuracy make it the sensor of choice for surveillance of large sea and coastal areas against piracy, trafficking or illicit intrusion. 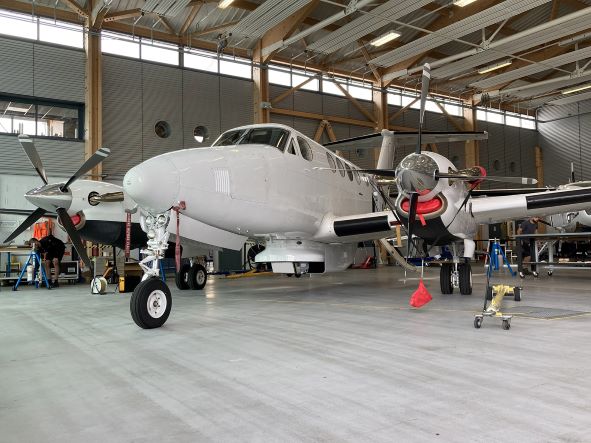