“Will be trying to reduce the number of models we operate,” he stated. This would mean transitioning the old Fennec into a new Joint Light Helicopter, while all of the PUMA/CARACAL fleets would be combined into one H225/H225M fleet. With improved capabilities and better mission systems the target fleet by 2030 would still be around 75 helicopters. He said that some of the older aircraft, such as the PUMAs would not be allocated any major upgrades until they were replaced. Planning is currently underway to provide mid-life upgrades to the existing CARACAL fleet.

Equipment improvements to the CARACALs will include the integration of 12.7mm and 20 mm weapons, “and we want to go further to equip the helicopters with rockets.”

“We also want to upgrade communications and data links including TACSAT, L16 and FMV, to-gether with improved electronic counter-measures (ECM) and upgraded armour,” he said.

Touji added that a prime requirement going forward was for joint and multinational interoperability. The air force was also an interested in higher speed helicopters and heavy helicopters, the lack of which, he said, they considered to be a gap in their capabilities. “We are studying the benefits of such a fleet and related costs,” he concluded.

Addressing developments within the German Army’s Rapid Response division, Brig.Gen. Gert Gawellek, Deputy Division Commander, Division Schnelle Kräfte (rapid response), said that the unit was heavily dependent on its flying assets. When the airborne and airmobile divisions had merged into the rapid responses forces division (DSK) in June 2014. Since June 2014 it also in-cluded the 11 Luchtmobiele Brigade [11 Airmobile Brigade ‘Griffin’] of the Dutch Army as part of a joint rapid task force. It also has strong ties with the US 82nd Airborne division and the 75th Ranger Regiment.

While the Army’s heavy lift helicopter assets, Sikorsky GA-53s were now being operated by the German Air Force, the 32 Airbus TIGER helicopters and 72 NH-90 helicopters, “have both proved their ability and reliability during their deployments to Afghanistan,” he said.

One of the main challenges being faced now and into the future were how to generate, and counter, massed forces? Another concern was that air manoeuvre was overstretched in certain with the need to examine the future of vertical take-off/landing platforms; the requirement for long range surveillance; and augmented reality in battle. 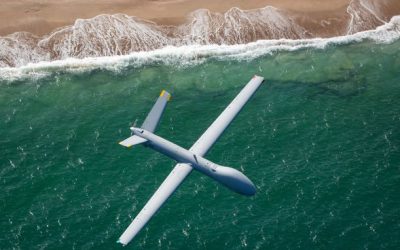