Head in the Clouds

US Air Force officials have told MONch that the force’s Bombardier E-11A and Northrop Grumman EQ-4B fleet, collectively known as the Battlefield Airborne Communications Node (BACN) will form a key part of the US armed forces’ Combat Cloud initiative. As its name suggests, the Combat Cloud is intended to bring the benefits of cloud computing to the battlefield. For the uninitiated, this will employ shared software applications to host data and services which can be accessed via tactical communications.

Combat Cloud gained momentum in 2016, and its scope was outlined in an academic paper published in March 2017 by the USAF’s Air Command and Staff College at the Air University, Maxwell Air Force Base, Alabama. Entitled The Combat Cloud: Enabling Multi-Domain Command and Control Across the Range of Military Operations, the paper articulated the USAF’s somewhat convoluted definition of the Combat Cloud: “(A)n overarching meshed network for data distribution and information sharing within a battlespace, where each authorised user, platform or node transparently contributes and receives essential information and is able to utilise it across the full range of military operations.”

Unsurprisingly, given the battlefield and operational cyber and electronic attack threats faced by US and allied forces survivability will be a key part of the Combat Cloud. The paper stressed that it must be capable of “self-forming (and) self-healing” and be “gracefully degradable and redundant.”

The US Department of Defense (DOD) has already moved forward with the Combat Cloud. On 19 July 2018, it approved a request for proposals concerning the Joint Enterprise Defence Infrastructure (JEDI) project. To this end, the JEDI requirement could, according to some reports, be worth up to $10 billion in the coming decade.

The BACN will play a key role in linking the soldier to the cloud. The BACN architecture includes E-11A aircraft, a variant of the Bombardier Global Express-6000 turbofan transport of which the USAF flies four, and the EQ-4B GLOBAL HAWK unmanned aerial system. The USAF is thought to fly at least two EQ-4Bs configured with the BACN capability. In terms of hardware, the BACN exploits a fiendishly simply concept: Very High Frequency (VHF: 30 megahertz/MHz to 300MHz) and Ultra High Frequency (UHF: 300MHz to three gigahertz) radio transmissions follow a Line-of-Sight (LOS) range.

This can cause considerable difficulties for troops on the ground, as V/UHF transmissions basically travel as far as the eye can see: A V/UHF radio antenna carried by a soldier which is positioned 2m (6.6ft) above the ground will have a range of 5.8km (3.6mi), although this assumes that the soldier is standing on flat ground with no obstructions. This range can reduce further if the soldier has high buildings or undulating terrain in their locale. This explains the preference for using tactical mesh networks where traffic skips from one transceiver in range to another until it reaches its intended destination.

These LOS restrictions are alleviated somewhat when transmitting into the sky which is unencumbered by obstructions. For example, the E-11A has a cruising altitude of 41,000ft (12,496 metres). This translates into a radio range of 834km (518 miles). Such ranges increase further with the EQ-4B which can cruise at 60,000ft (18,288m), providing radio ranges of 1,009km (627 miles).

The attractions of these capabilities are obvious: Firstly, the BACN erases the problems caused by LOS obstructions. A soldier can transmit upwards to one of the BACN platforms which can then redirect their transmission downwards to their comrades in a neighbouring mountain valley, or another part of a city. Similarly, their communications can be carried from the forward edge of the battle area to the theatre headquarters, which could be over 161km (100mi) from their position, via the BACN. The BACN in effect performs a role not dissimilar to a communications satellite, sans the costs in bandwidth that such a capability, particularly when leased from the private sector, can entail.

A statement supplied to MONch by the USAF says that, “the BACN allows US and coalition troops to communicate seamlessly using their native host communications systems … For example, a fighter aircraft that uses UHF LOS voice as its primary link may talk through a ‘voice bridge’ to a ground unit that uses VHF LOS voice. Ideally, the end users do not even know the BACN is enabling this voice exchange.”

Such utility is in high demand. The statement continues that, “today BACN missions are flown each day to extend ranges of LOS communications, provide communications paths that are blocked by challenging terrain and to connect non-interoperable systems.”

The statement references the 2013 book Lone Survivor, which told the story of Operation Red Wings in June/July 2005. This occurred in Kunar Province, northeast Afghanistan. During the operation, commandoes from the US Navy’s SEAL (Sea, Air, Land) special operations force attempted to locate Taliban leader Ahmad Shah: “For anyone that has read the book or seen the movie the BACN provides range extension and bridges communications gaps like those encountered by the special forces troops in that story.”

The BACN can carry voice, data, imagery and IP (Internet Protocol) traffic. In terms of payload, the BACN includes V/UHF AM (Amplitude Modulation) and FM (Frequency Modulation) transceivers. These can carry both the SINCGARS (Single Channel Ground and Airborne Radio System) and HAVEQUICK-I/II air-to-ground/ground-to-air communications waveforms. UHF satellite communications covering a 240-270MHz waveband are is also carried, plus transceivers to use the EPLRS (Enhanced Position Location and Reporting System) believed to operate in a 420-450MHz waveband. The EPLRS is used to detect and locate personnel in distress.

The BACN is also equipped with several Tactical Data Links (TDL). These include LINK-16 (960MHz to 1.215GHz) used primarily for the exchange of tactical data and track information to support air operations and the SADL (Situational Awareness Data Link). Open sources state that the SADL uses a 420-450MHz waveband, the same as the EPLRS. The SADL is optimised to share tactical information between aircraft and JTACs (Joint Terminal Attack Controllers) on the ground during Close Air Support (CAS) missions. Official documents published by Northrop Grumman state that the SADL can also be used for air-to-air situational awareness and as a gateway to link SADL users into a LINK-16 network. This enables LINK-16 traffic to be shared on a SADL network and vice versa.

All these disparate communications are linked together by the Airborne Executive Processor, the link managing computer. This is used to select and link radios to one another. As of 2006 the USAF took the decision to expand the BACN’s TDL inventory to include the voice and data IFDL (Intra-Flight Data Link) used solely by the force’s Lockheed Martin F-22A RAPTOR air superiority fighters. The IFDL has been designed from the outset as a low-probability of detection/interception TDL for the F-22A to help preserve its low electromagnetic signature.

Open sources suggest that the IFDL transmits in L-band (one gigahertz to two gigahertz). Reports in 2008 detailed that the BACN has been used as a communications ‘bridge’ to link the F-22A’s IFDL with the LINK-16 TDLs used by USAF Lockheed Martin F-16 and Boeing F-15 series combat aircraft with data traffic being received by the BACN from the F-22A over the IFDL which was then retransmitted to the F-15s and F-16s using Link-16.

The advent of Combat Cloud initiative represents a new chapter in the BACN saga. The USAF statement stressed that, “the BACN has evolved continuously since the initial experiments flown in 2006. Additional communications systems have been added and performance has been optimized over the years,” adding that, “we envision the continued evolution of BACN and/or BACN like capabilities over the coming years) to enhance a richer communications network that can provide the foundation for many visions, such as the Combat Cloud.” 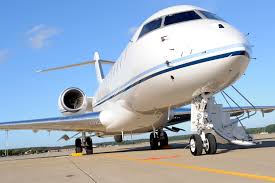