The Stockport plant run by WFEL – the bridge-building subsidiary of Krauss-Maffei Wegmann – is home to the BOXER production line. WFEL is to integrate GuS’s components into both the BOXER drive module chassis and the mission modules which will eventually be supplied to the UK’s defence ministry under the overarching £2.3billion (€2.7billion) awarded in 2019 to ARTEC, a joint venture between Krauss-Maffei Wegmann and Rheinmetall. GuS Periscopes is a wholly owned subsidiary of GuS Glass + Safety GmbH, of Lubbecke, Germany.

The value of the GuS Periscopes subcontract has not been disclosed but its duration will be 10 years. No new jobs are likely to be created as a result, but two new engineering apprentice roles will be created at Cwmbran from next year. GuS has invested heavily to win the contract and ensure it can deliver over its duration, and the firm is “now working closely with the Welsh government to explore further export opportunities,” according to a statement released by WFEL.

“Our proven periscopes and windows for the UK BOXER vehicles will be manufactured to unrivalled levels of quality and durability to fulfil the needs of the British Army MIV programme, to ensure service personnel survive the rigours and hazards of combat and fulfil their critical missions,” GuS Periscopes MD Anthony Caruana said. 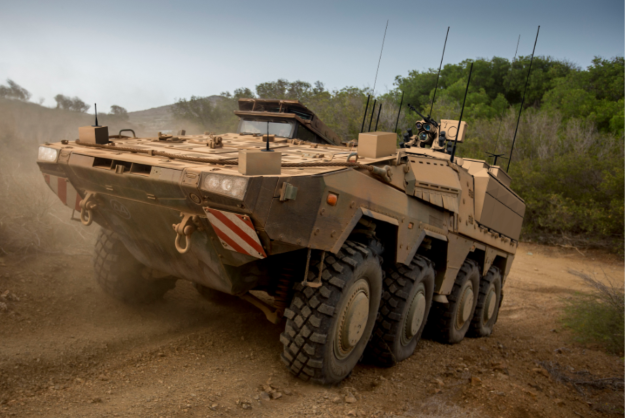 The BOXER family of vehicles has a new window and periscope supplier. (Photo: WFEL)