The Guatemalan Air Force received its first S-45 BAALAM UAV on 23 November, with which it will equip its recently-created UAV squadron. A second example should be delivered in 2022, while the procurement of a further two in 2022-2023 is under examination.

They will be used for surveillance tasks, both at the borders and in areas where drug traffickers regularly operate, as well as in support of relief operations for natural disasters and providing security.

Developed by Mexican company Hydra Technologies, located in Jalisco, the S-45 BAALAM made its first flight in 2014. It has an endurance of 12hrs, a range of 75mi and a service ceiling of 17,000 feet.

The examples for Guatemala have a turret with a daytime and infrared camera. The procurement was managed with funds from the Air Force’s  air defence budget. 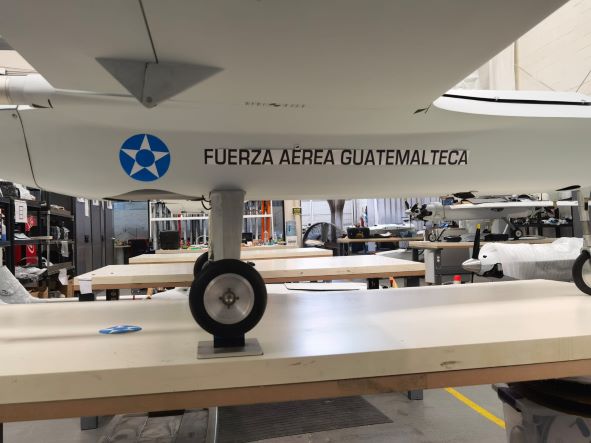 The BAALAM will be operated by the recently-created UAV squadron. (Photo: Guatemalan Air Force)