Schiebel UAS Showcased for a Week

The Hellenic Navy has recently spent a week evaluating Schiebel’s CAMCOPTER S-100 UAS in a series of successful demonstration flights, the Vienna-based company announced on 2 August.

Flying both day and night missions from the ELLI-class frigate AIGAION in the Mediterranean west of Crete, the CAMCOPTER was equipped with a Trakka TC-300 EO/IR sensor and a Shine Micro automatic identification system (AIS) receiver. Missions included cooperating with other Hellenic Navy vessels, coastal observation and maritime traffic monitoring.

“Our CAMCOPTER S-100 is the only UAV of its class with extensive flight experience. It is operated by 14 navies worldwide and we are very proud that we had the chance to successfully showcase our system to the Hellenic Navy,” commented Schiebel Group Chairman, Hans Georg Schiebel. 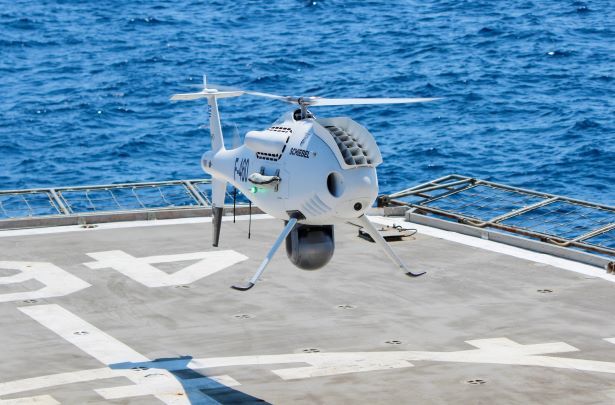