Two of the Gotland-class submarines have now concluded comprehensive mid-life upgrades (MLU) and are equipped to face the challenges of tomorrow.

The relaunch of a second Air Independent Propulsion (AIP) submarine within 12 months illustrate the skills and capacity of a world-class shipyard. Saab is one of few companies in the world capable of running mid-life upgrades while in parallel developing the next generation of AIP submarines. Saab’s modular philosophy provides the customer with a fleet of submarines that – at any time and cost effectively – can be fully upgraded in order to meet the latest challenges.

Submarines are designed to operate in challenging environments. The hull must withstand decades of operation, while systems and technologies on-board requires upgrades on a shorter period to be operationally relevant. By cutting the hull in two, and replacing many of the vital systems, Saab can in a cost efficient way and short timeframe, provide AIP submarines ready for tomorrow´s challenges.

“Few shipyards around the world have the experience of completely modifying a submarine, creating almost a new ship. We are the only one having completed it twice within 12 months, first with HMS Gotland and now HMS Uppland. If you take into account that smartphones did not even exist when these vessels were launched at the end of the 1990’s, you begin to grasp the huge leap submarine technology has taken during this period and how significant this mid-life upgrade is,” says Gunnar Wieslander, Senior Vice President, head of Saab business area Kockums.

The updated version of Uppland and her sister ship Gotland are paving the way for the most modern AIP submarine under production today: the Blekinge-class (A26).

More than 20 new systems on-board the new Gotland-class will be implemented in the the state of the art A26, which contributes to their de-risking for the A26. This also gives great training opportunities for the crew when they in the future deploy onboard the A26.

HMS Uppland was designed and built by Kockums in Malmö in the early 1990’s and commissioned in 1997. The mid-life upgrade consists of modifications, replacement and upgrades of on-board systems and technologies, sustaining the submarine´s operability and ensuring service to Sweden for many years to come.

The upgrade process entails many important systems, such as the Stirling AIP, a complete new mast suite, sonars and sensors as well as management and communication systems.

Facts about the MLU of Uppland 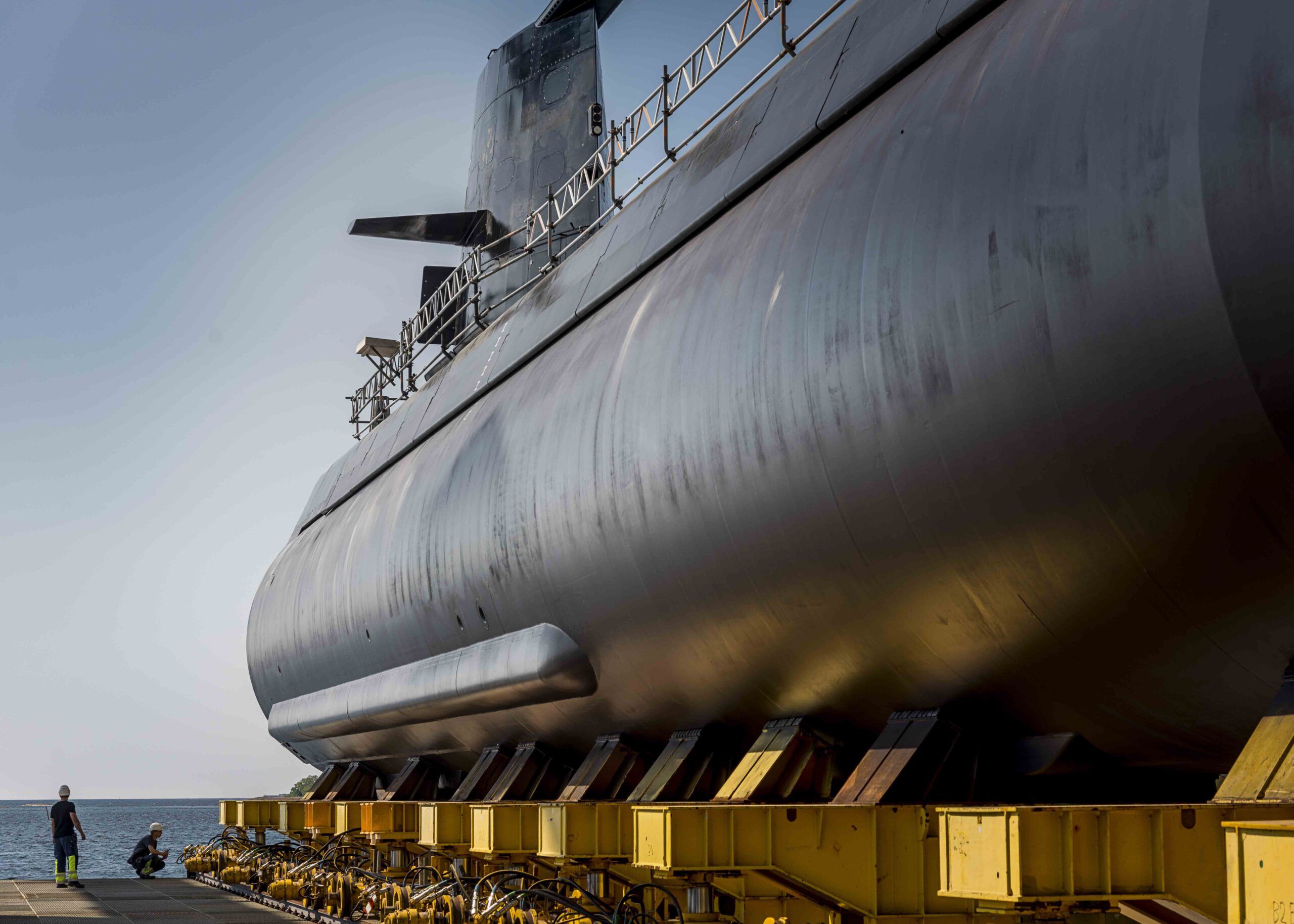