RAF Force Protection is responsible for protecting the RAF at home and abroad. Its HQ is at Honington, which hosts initial and ongoing specialist training for the RAF’s entire Force Protection capability. As of April 2022, every Force Protection serviceperson participating in training exercises, which are carried out in rugged and isolated areas, is safeguarded by reliable tracking and SOS support thanks to their SPOT Gen4 devices and Globalstar’s enabling fleet of satellites in Low-Earth Orbit (LEO).

The force previously used a tracking system based on GSM mobile technology, but it was deemed to have insufficient reach across all remote training locations. Additionally, the GSM-based system was not cost-effective. Other satellite-based systems were also evaluated, but SPOT Gen4 was determined the ideal solution due to its ruggedness, ease of use, and economy. The flexibility, cost-efficiency and convenience of Globalstar’s unlimited airtime packages were also strong influencers in the MOD’s procurement decision.

“The RAF Regiment [is] at the heart of next-generation Force Protection for air and space power. Their arduous training, which enables them to operate in the highest risk environments, demands that we provide the most advanced capabilities to reliably track our servicepeople in training, and to know that they’re OK at all times,” stated Air Commodore Jamie Thompson, Force Protection Force Commander and Air Officer Force Protection. “Thanks to the reach and reliability of Globalstar’s satellite network and SPOT Gen4, we now have the assurance that we can continuously monitor our personnel as they carry out their training exercises, and that they can rapidly get emergency help if needed”.

In the event of an emergency, one press of SPOT’s SOS button instantly sends an alert, along with the user’s GPS co-ordinates, to an operations centre to facilitate speedy rescue.

The deployment was facilitated by Globalstar’s specialist partner, Centerprise International which, established in 1983, has long been a key and trusted supplier of IT software and hardware to UK MoD. Mark Brady, Director, Defence & Security at Centerprise International, commented, “Personnel safety is a high priority for the MOD during training and we’re delighted that Globalstar’s SPOT Gen4 devices are now enabling RAF Force Protection to reliably monitor its teams during rigorous field exercises, and ensuring that users get urgent assistance if ever needed.” 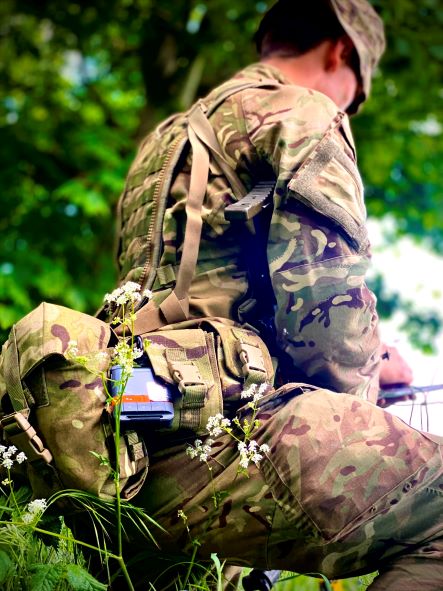 The award-winning SPOT family of devices is to date credited with over 8,500 rescues worldwide. (Globalstar)