Genetec has announced that its KiwiVision Privacy Protector system has been awarded a sixth consecutive two-year certification by the independent validation body EuroPriSi.

KiwiVision Privacy Protector is a software module that runs in Genetec’s Security Center platform. The software blurs, obscures and effectively anonymises people captured in surveillance camera footage, leaving actions and movements visible but without enabling identification. In the event of an activity taking place where security officers have legitimate reason to identify the person in the footage, the software allows for that figure to be de-anonymised. The system works with both recorded and real-time video surveillance footage.

Anonymisation of individuals not under surveillance is one way in which operators of surveillance systems can comply with stringent European privacy laws. The European Privacy Seal was developed as a project of the European Union as a means of validating technologies for their adherence to EU privacy and data-protection regulations, and is now issued by the independent company EuroPriSe GmbH, headquartered in Germany. The company’s criteria permit certified companies to demonstrate their products comply with the General Data Protection Regulation of 2018, though EuroPriSe has not yet been accredited as a certification body under the GDPR’s terms.

“Protecting the identity of people captured on video is an essential step in protecting their privacy,” stated Florian Matusek, Genetec’s Product Group Director. “The fact that KiwiVision Privacy Protector has been certified by EuroPriSe for over a decade is a testament to the ingenuity of engineers to deliver advanced physical security technology that can meet privacy first standards of operation while enabling users to comply with regulations.“ 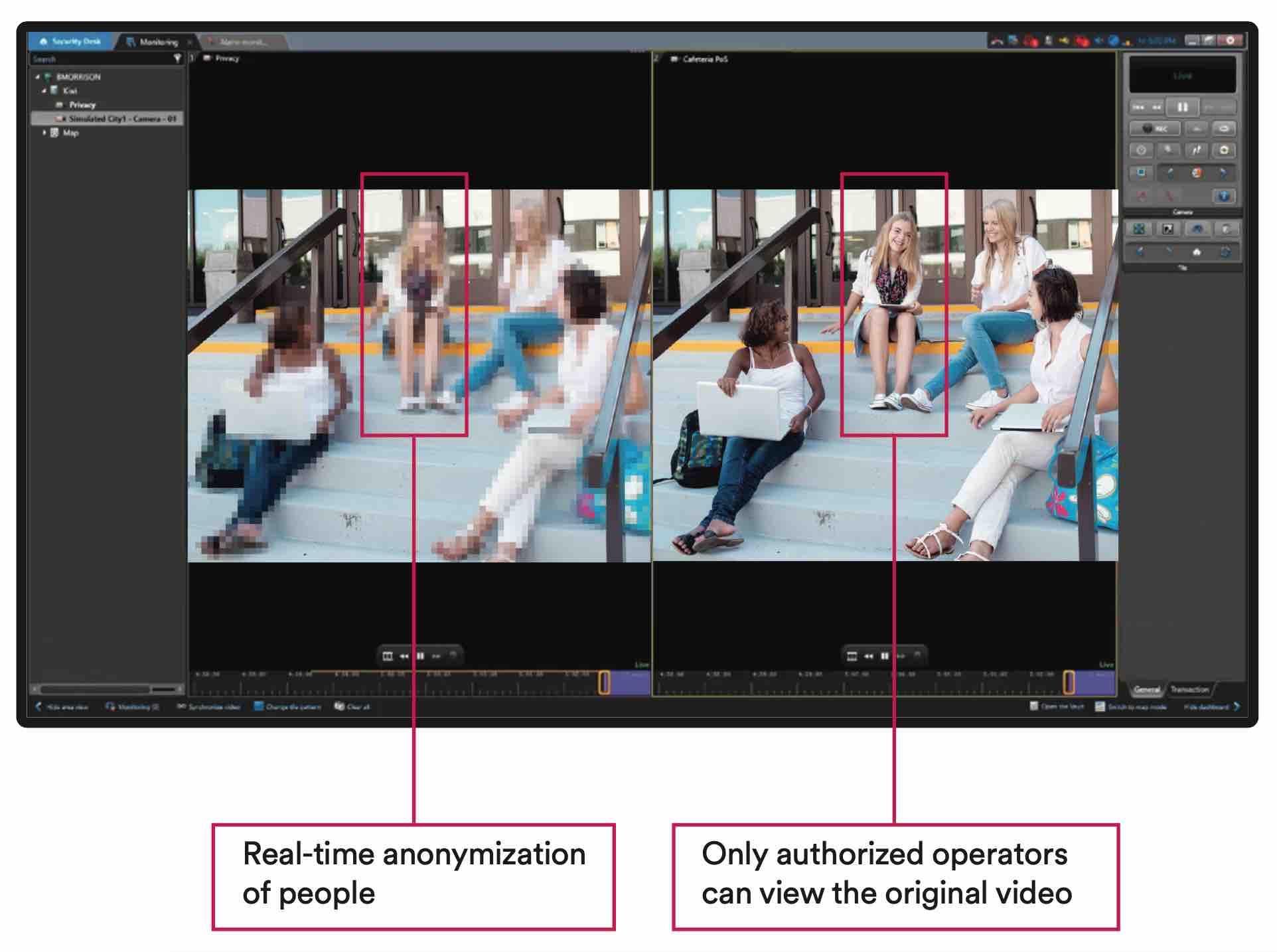 The KiwiVision software allows individuals not under surveillance to have their identities protected when they are captured by security cameras. (Image: Genetec)