10 Block 0 UUVs to be Upgraded to Block 1 Standard

Under the $72.8 million (€60 million) contract, all 10 UUVs will be re-delivered in the Block 1 configuration, which offers the ability to operate at greater depth, to identify more complex target environments and to locate targets with greater precision. Intended to operate from the USN’s Littoral Combat Ship and other surface combatants, KNIFEFISH SMCM reduces personnel risk by providing an off-board sensor while the host vessel remains outside the minefield.

GDMS is the prime contractor for the KNIFEFISH programme and designed the tactical UUV using an open architecture concept that can be quickly and efficiently modified to accommodate a wide range of missions. Based on the GD Bluefin Robotics BLUEFIN-21 deep-water autonomous undersea vehicle, the initial Block 0 units on the predecessor Low Rate Initial Production (LRIP) contract are now being delivered. 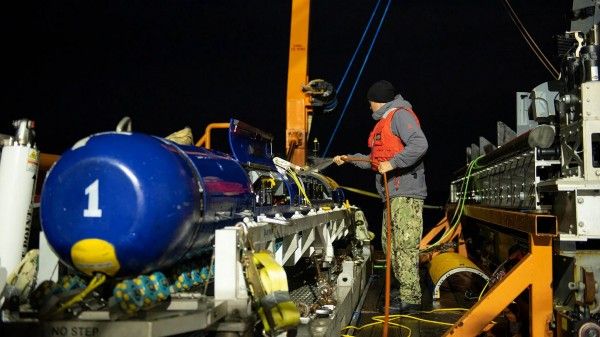 The Block 0 units currently being delivered will be upgraded to the Block 1 configuration under a $72.8 million USN contract. (Photo: GDMS)