General Dynamics Mission Systems has concluded the test programme to qualify its Model 17-27A antenna on General Atomics Aeronautical Systems (GA-ASI) SeaGuardian and SkyGuardian UAS. The programme now moves on to the production phase, with the airframer expected to order up to 52 additional antennas by next month, on top of initial units already contracted.

GD says the lightweight antenna – incorporating a multi-axis gimbal developed by GA-ASI – is particularly well suited to long-duration missions and will facilitate secure voice, video and data communications between the aircraft and operators on the ground. An X-band version of the same system completed qualification testing for GA-ASI earlier this year.

“The 17-27A SATCOM-on-the-Move antenna is the latest in our line of secure and reliable, on-the-move communications for the most challenging operational environments where there is limited or no access to line-of-sight networks,” explained Ryan Orth, GDMS’s VP of RF Systems. “By utilizing widely available commercial Ku-band satellite networks, these terminals significantly increase UAV operational flexibility and range.” 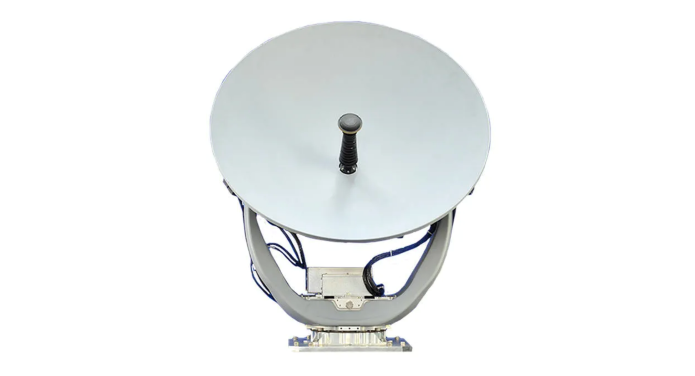