DSAC was the primary payload on board GA-EMS’ Orbital Test Bed (OTB) satellite, launched in June 2 2019, and the support has been managed from the company’s spacecraft development and mission operations facilities in Colorado. It is a miniaturised, ultra-precise, mercury-ion atomic clock designed and built at NASA’s JPL for NASA Space Technology Mission Directorate’s Technology Demonstration Missions Program. The DSAC mission on board the OTB satellite demonstrated significantly improved timing stability over other atomic clocks in operation on GPS satellites, assuring the capability to measure time consistently over long periods to support deep space navigation and exploration.

“GA-EMS’ OTB satellite operated superbly and demonstrated the efficacy of the platform to support critical missions and help customers affordably demonstrate and validate their technologies in space. The success of the DSAC mission on board the OTB paves the way for future efforts to advance critical space-based technologies and get them on orbit with reliable, robust satellite designs,” stated GA-EMS President, Scott Forney.

Nick Bucci, VP Missile Defense and Space Systems, added “The satellite has now transitioned to extended life operations in preparations to conduct a variety of experiments with the remaining payloads to determine and analyze spacecraft capability, calibrations, and proof of concept. The data collected will be used to inform our continuous efforts to improve capability, enhance spacecraft hosting services, and deliver highly capable space systems to government and industry customers.”

GA-EMS’ hosted payload services provide a unique opportunity for customers to launch experimental hardware and payloads into orbit without incurring the overhead of commissioning a dedicated satellite mission. The company has a breadth of expertise in small satellite mission experience and services to include early concepts through to on-orbit operations. 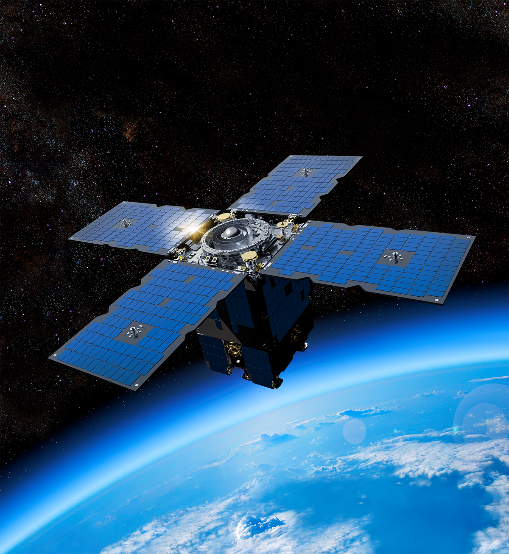 A rendering of the OTB satellite. (Image: GA-EMS)